See part 3 in the diagram 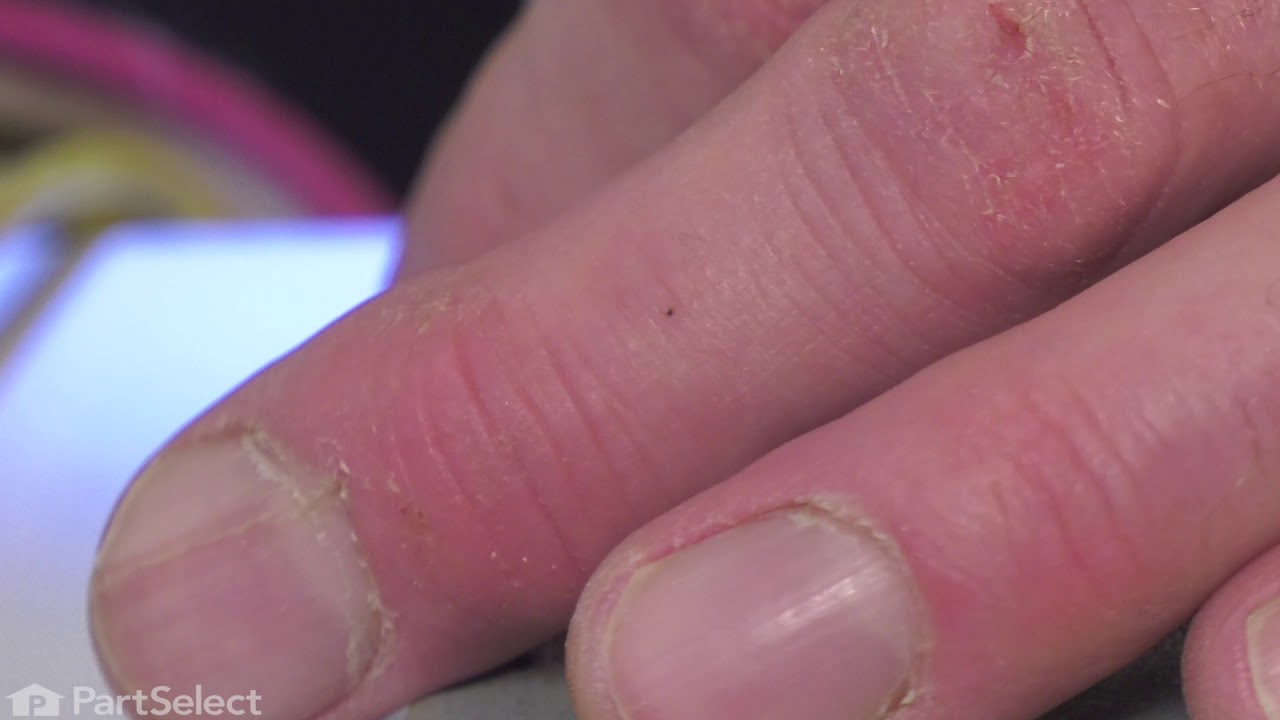 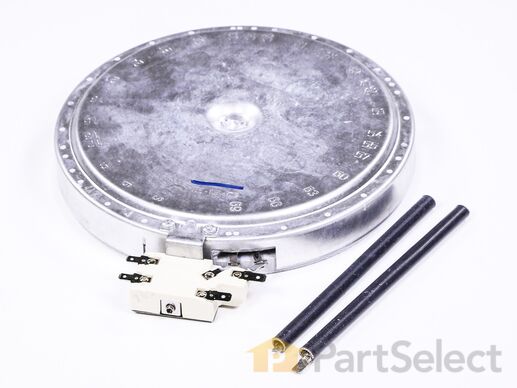 Sign up for the Electrolux Family Store and receive exclusive savings on Frigidaire and Electrolux.

PartSelect.com has partnered with the Electrolux Family Store! Sign up today and receive exclusive savings up to 40% off a new appliance today!

Use this invitation code
EREPNF152HCPRP

This surface element is for ranges. The surface element supplies the heat to a cooking area on top of the range. Unplug the range or shut off the house circuit breaker for the range before installing this part. Wear work gloves to protect your hands.

11 questions answered by our experts.
Sort by:
Search filter: Clear Filter
Your search term must have 3 or more characters.
Keep searches simple. Use keywords, e.g. "leaking", "pump", "broken" or "fit".
Sorry, we couldn't find any existing answers that matched.Try using some different or simpler keywords, or submit your new question by using the "Ask a Question" button above!
Margaret
The large element gets very hot even when set to low. What part will fix this?
For model number GR445LXMS0

Hi Margaret, Thank you for your inquiry. Usually if the temperature on a burner is set to low and the burner is getting hotter than it should the issue is with the burner switch. I hope this helps. Thank you and have a great day!

Was this helpful?
Thank you for voting!
Jo
Small burner does not work at all, larger burner seems to work ok
For model number ACH100WW

Hi Jo, Thank you for the question. If the burner is not working it can be one of two parts. I suggest testing the switch that controls the burner for continuity and if the switch tests good you would need to replace the element. Hope this helps!

Was this helpful?
Thank you for voting!
Luis
Are the wires goes the same order as the old one?

Hello Luis and thank you for writing. Yes they will, it is always a good idea to mark them or take a picture before taking it off so you have a reference. We hope this helps. Please contact us anytime if you require further assistance.

Was this helpful?
Thank you for voting!
Carlos
I need to know if it fits my model, Whirlpool, front right. I guess it is about 8 inches diameter. Does it comes just ready to replace or do i need any other small part?
For model number GR465LXLS1

Hello Carlos, Thank you for your question. Yes, this is the front right burner element that is 8 inches in diameter, and it does not need any additional parts to replace, just remove the old one and replace it with the new one. We hope this helps!

Was this helpful?
Thank you for voting!
Brian
The right front element PARTIALLY heats when dial is on HIGH. What do you suppose is wrong?
For model number YKERC507HW4

Hello Alexandre, thank you for your question. We have researched the model you have provided, and we would suggest the Burner Element - Right Front, part number PS11764908. If you need help placing an order, our customer service is open 7 days a week. Please feel free to give us a call. We look forward to hearing from you!
Was this helpful?
Thank you for voting!
Related Parts:
Burner Element - Right Front
$205.65

In Stock
Harold
I have a 22 year old Maytag stove. The front right burner is not working. The number on the burner is Z95F20136U655Z. I didn't see the wattage anywhere. It's a 7 inch element. Do you know whether the replacement for this unit is W10823698?
For model number YKESC300HW4

In Stock
Kimmy
Is this element (Right Front) would be fit my Kitchen Aid 30" Built in Electric Range ? Right Front is single size but most powerful. Also it won't work of Indicator Light Lenz. which part # should I order ? Thank you very much
For model number YKESS907SS00

Hi Kimmy, thank you for contacting us. You need to check the following parts to fix the issue: Infinite Switch, part number PS11747406, and Burner Element, part number PS11764908. We hope this sorts out your problem! If you need help placing an order, customer service is open 7 days a week. Thanks again for your great question.
Was this helpful?
Thank you for voting!
Related Parts:
Infinite Switch - Right Front
$187.33

In Stock
Terry
The large left element on my Inglis flat top stove only heats up on the high setting. It does not heat up at the lower temperatures. What is the problem and how do I fix it? Thank you
For model number IRE82302

Hello Terry, thank you for contacting us. According to our research, this issue could be caused by a faulty element switch, part number PS11747308. It controls the surface burner. We have attached a related video for your assistance. We hope this helps, good luck with this repair. 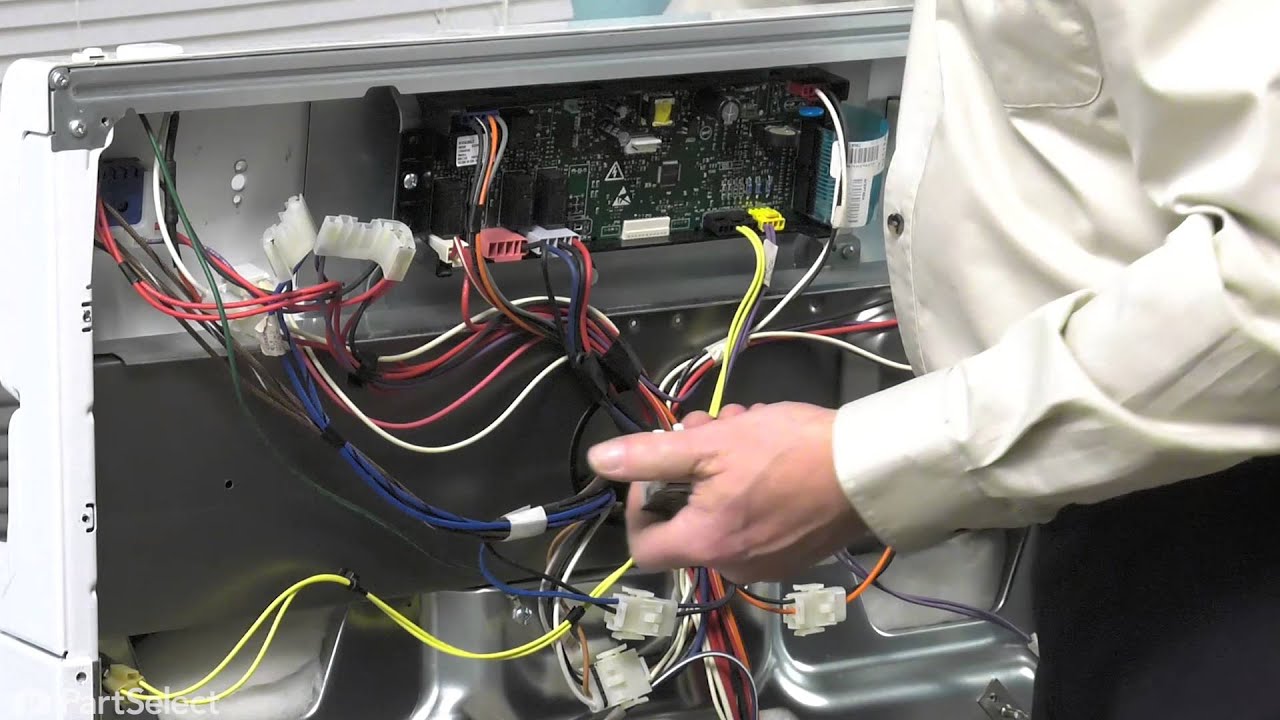 Was this helpful?
Thank you for voting!
Related Parts:
Switch, Infinite (Left Front)
$85.39

On Order
Kerry
Is this the small burner? That's the part I need.
For model number GJD3044LP01

Hello Kerry, Thank you for contacting us. I have researched the model you have provided and have found the part you are looking for is PartSelect Number PS11764915. Hope this helps!
Was this helpful?
Thank you for voting!
Related Parts:
Element with Limiter 6 Inch - 1200W
$226.92

Shut off the power and slide the range forward about 8-10 inches from the wall. It does not need to be completely in the open and perhaps would not need to be moved at all. Some of the parts may be stuck with accumulation of cooking debris and grease, depending on age. Disassembly will be a bit more difficult than a new range because of this. Clean everything up before reassembly.

Open the oven door. Remove two screws, one on either side, below the control panel. Lift and work the control panel loose. It has two bullet shaped posts that engage slots in the front of the range. These are tight. Be patient and work it by lifting and pulling and wiggling the entire control panel. When loose, it will lay down flat supported by all of the wiring harnesses. In our case it did not stress the wires. If concerned, support it somehow.

There is a galvanized bracket that runs most of the width of the range and retains a rubber gasket on the front edge of the glass. Remove two screws that hold this bracket. The bracket easily comes loose, set it aside.

There is a stainless steel trim piece on each side of the cooktop, running from front to back. Each one is held in place by one screw in the front. Remove the screws and the two trim pieces will slide forward and can be removed. Set them aside.

There is a rubber gasket across the front edge of the glass cook surface. Remove it. The cooktop glass can now be lifted and worked loose from the rear rubber gasket that seals across the back edge. Set the cooking surface aside in a safe place. You now have access to the burner elements.

Using the needle nose pliers, work the spade terminal connectors loose from the burner that is to be replaced. Note their positions. The burner is held in place by two spring clips that attach the burner to a galvanized support bar that runs from front to back of the range. A screwdriver can be used to compress each clip allowing a tab to be lifted out of a slot in the galvanized bar. If needed, you can remove one front screw that holds the bar in place and lift it for better access, but while this is not necessary, it allows for a better view of the retainer clips and the tabs that fit into slots in the support bar. With both clips released, the burner is free to be removed.

Our burner clearly had a break in the coil, so there was no doubt about the cause of non-functionality.

The spring clips must be removed and transferred to the new burner. With both burners, face down on a bench, remove the screws that retain the clips to the old burner. Make note of the index numbers at the position of the old clips and place them at the same position on the new burner. This positions the burner when it is mounted so that the terminals are properly positioned to allow the wiring harness to be attached as it was.

With the spring clips in place on the new burner, place the burner back in the range and engage the tabs in the slots on the support bar. They will snap back into place. Reconnect the spade connectors. The burner should now be tested before reassembly. (see later)

In our case, when power was reestablished (but burner control in the off position) the Surface Hot light was on art all times, so we knew something was wired wrong, even though it was re-connected exactly as it had previously been. There are slight differences between the new burners and old burners that apparently impact the wiring. There are no markings on either the old burner or new burner to give clues as to how it should be wired. Neither was there any advice in the instruction sheet that came with the new burner. We tested all of the terminals with the power on (burner off) to determine what voltages were where and removed the cover of the small box to which the terminals are attached. This box contains small switches, and we were able to determine the new wiring scheme. By wiring it exactly as it originally was, we had inadvertently put power to the Surface Hot light full time and the same potential to both sides of the coil so it would not heat. With this corrected, it worked fine.

One other note. One of the four wires in the harness had a smaller female spade connector which had to be cut off and a new one crimped on in order to fit the new burner.