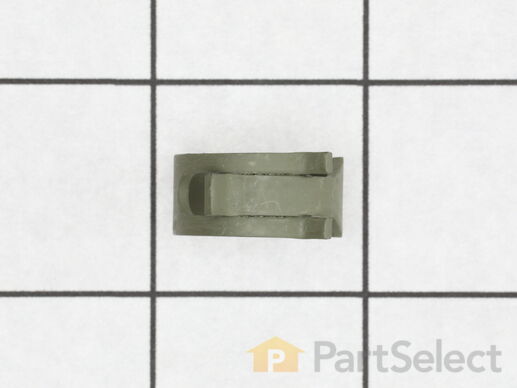 See part 5 in the diagram 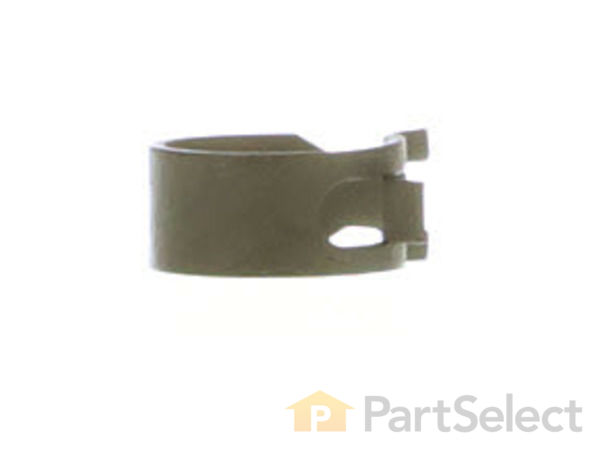 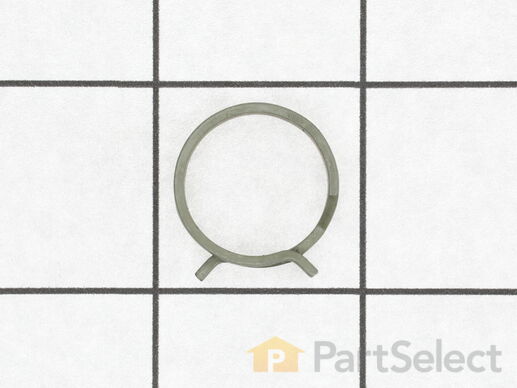 This blower wheel clamp, used in a clothes dryer, is a clamp that holds the blower wheel to the motor shaft. This part helps hold the blower wheel in place to function easily and properly. If your clothes dryer has any of the following symptoms then replacing the clamp can be a solution: making loud noises, not producing enough heat or no heat at all, and/or clothes are taking too long to dry. Make sure to unplug thedryer from power source before installing this part and refer to the installation instructions provided by the manufacturer for further guidance.

Back to Top
Customer Repair Stories
Average Repair Rating: 3.3 / 5.0, 10 reviews. What's this?
Sort by:
Search filter: Clear Filter
Your search term must have 3 or more characters.
Keep searches simple. Use keywords, e.g. "leaking", "pump", "broken" or "fit".
Sorry, we couldn't find any existing installation instruction that matched.
Dryer was making horrible noise,
First I removed the 2 screws behind the door just below the slot for the lint trap(t-15 torx screws). I then popped the top of the dryer off using a flat tipped screw driver and using a 8mm. socket and extension I removed the 2 sheet metal screws from inside of the top corners of the front panel which attach it to the side panels. After that I could lean the front panel away from the unit and unplug the door switch being careful to mark the wires so I wouldn't have to take it apart again in the instance that I hooked them up wrong. I then leaned the front panel out a little more and lifted it off of the pins that lock the bottom of the front panel in. After that, I removed the sheet metal screws(8 mm.) that secure the fan housing cover and removed the old fan which was easy as it had spun the center out of itself and basically fell off, this is what was making all the racket. I removed the c-clip which rides in the groove at the end of the shaft with a flat tip and a pair of pliers, slid the new fan blade over the shaft, gave it a few light taps with the end of a hammer handle to seat it properly and installed the tension clamp with some pliers and popped the c-clip back on. I reversed the tear down procedures and reassembled the drier. Thanks to a little no-how, mechanical inclination, and the right parts, I was able to restore my drier to like new, virtually silent operation for about $40 as opposed to buying a new unit or paying a repairman $80 to $100 per hour plus parts to do the job. PartSelect.com made specifying and ordering the correct parts the first time a breeze and their prices are a bargain to boot.
Thanks,
29 of 31 people found this instruction helpful.
Was this instruction helpful to you?
Thank you for voting!
Dryer had been noisy, then stopped heating.
Opened dryer and removed drum. Replaced old blower wheel with new wheel, clamp and clipwhich was worn and was responsible for the noisy operation. Plugged in new ignition coils then replaced drum. Dryer works great now.
18 of 25 people found this instruction helpful.
Was this instruction helpful to you?
Thank you for voting!
Loud rumbling noise when dryer operates
Frist I removed the front cover panel via removing 2 screws. Second I disconnected the door switch wires. Third I removed the 4 screws that hold the drum onto the rollers and guides that allows access to the blower wheel assembly cover. Fourth I remover the blower wheel assembly cover to gain access to the blower wheel. Fifth using the retaining removal tool removed the retaining ring from the shaft then removed the blower wheel using plyers. Then reassembled all of the parts and enjoy a quiet dryer again.