Models starting with B460

Parts for models starting with B460

Order within the next 6 hrs and your part ships today!
Hex Nut
PartSelect #: PS11738304
Manufacturer #: WP112432
This 10-32-inch hex nut works with multiple appliances in your home as a fastener. This specific model is sold individually. Hex nuts usually have 6 even sides and together they are used with bolts an...
$7.76
In Stock

Order within the next 6 hrs and your part ships today!
Clip
PartSelect #: PS10053748
Manufacturer #: V490001230
Used in over 150 models of outdoor power equipment, this clip is commonly used to clip fuel lines or other hoses/tubes in place. It is sold individually, not as part of a kit or assembly, made of meta...
$2.99
In Stock

Common Symptoms of models starting with B460

Videos related to models starting with B460 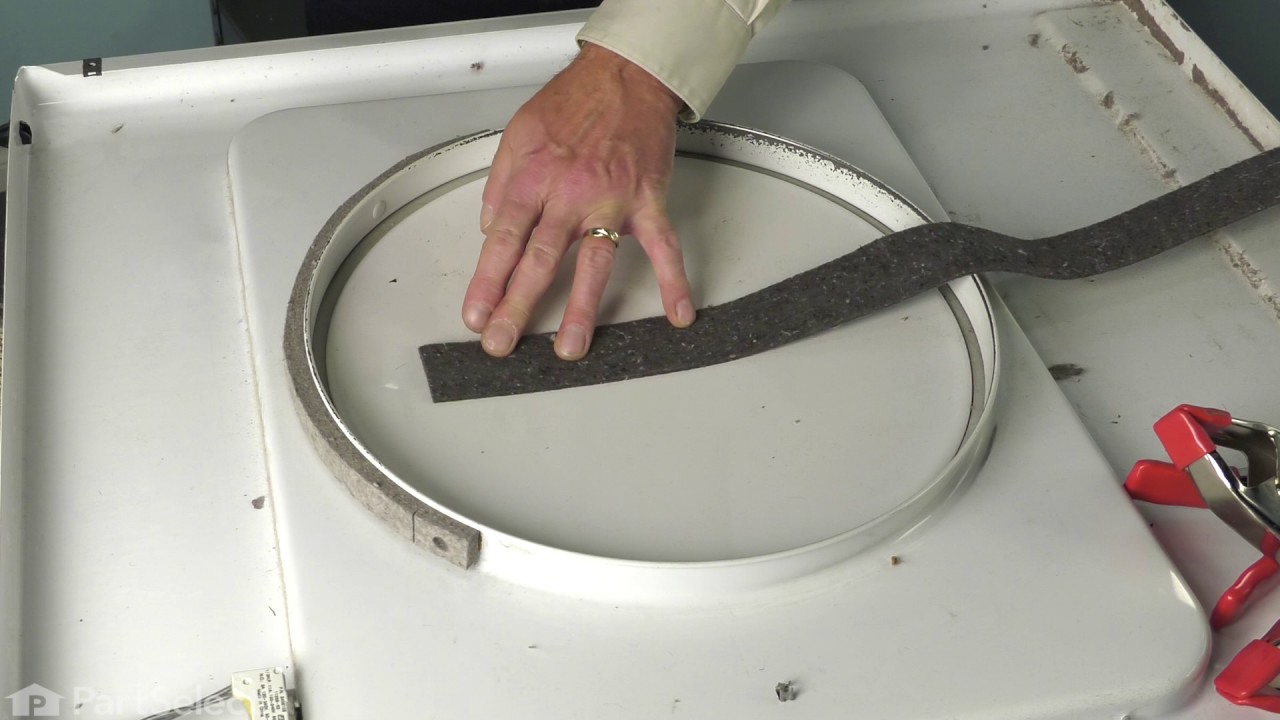 Replacing the Bearing and Seal Kit

Installation Instructions of parts on models starting with B460

[Viewing 3 of 101]
Keep searches simple. Use keywords, e.g. "leaking", "pump", "broken" or "fit".
Dryer quit heating. Suspected heating element was open
Unplugged the 220 volt source. Disconnected the vent line from the back of the drier. Removed the six screws holding the back panel with a 1/4 inch nut driver. Tipped the drier up at a 45 degree angle against the wall to give better access to the inside. Removed the screws holding the two thermostats to the side of the heater box and laid them aside. Disconnected the two red power lines to the heater element. Removed the large screw at the top of the heater box and removed the flexible bracket holding the heater box, then lifted the heater box up and away from the drier. Removed the one screw holding the heater element inside the heater box and pulled out the old heating element. The old element was open as found using an ohmeter on the two main terminals. Threw away the old element. Removed the new heating element from the box and slid it into the heater box making sure to align the terminal bracket with the hole in the heater box for the reinstallation of the mounting screw. Tightened this screw. Remounted the heater box to the two mounting slots and reinstalled the flexible mounting bracket to the top of the heater box and installed and tightened the large screw holding this bracket. Cut off and removed the old electrical push-on terminals from the two red power wires for the heater element. These were discolored and oxidated from the conducted heat over the years of operation. Using the supplied short red leads with push-on terminals already installed, I wire tied these new leads to the existing red power leads and pushed them onto the heater element terminals. Rechecked the soundness of the twisted wire connections to make sure they were tight. Replaced the back panel and reinstalled the six 1/4" screws with the 1/4' nut driever. Reinstalled the driver vent line and tightened its holding ring. Slid the drier back into position on the floor. Checked the level and readjusted the leveling legs for a steady floor stance. Reinstalled the 220 volt power connecter and set the controlls for a drying cycle. Let the drier run for aproximately 1 minute and then checked the air temperature inside the drier. IT WAS NOW PRODUCING HOT AIR. Project completed successfully and I was now a HERO in my wifes eyes. Absolutely no technical problems encountered. Just remember, unplug the drier before starting ANY repairs. To forget this COULD RUIN YOUR DAY.
Parts Used:
Heating Element
285 of 318 people found this instruction helpful.
Was this instruction helpful to you?
Thank you for voting!
Dryer was not heating
This is the second heating element I have replaced in this dryer which I bought new in 1977. That's right it is 32 years old and still works great!

Reverse the above process to reassemble.
This entire process only takes about 20 minutes.

An additional note: Be certain that you pay careful attention to the positioning of the strap that holds the top of the heating element case to the dryer frame. If you install it incorrectly, the heating element case can fall away from the back of the drum assembly.
Parts Used:
Heating Element
96 of 105 people found this instruction helpful.
Was this instruction helpful to you?
Thank you for voting!
The lower burner would not ignite.
First I removed the oven racks. Then I loosened the two screws in the back of the oven floor and figured out how to remove it. Then I loosened the two screws at the front of the diverter and, with some pushing and pulling and twisting, was able to get that to come out, too. Then I tried lighting the oven and noticed that the igniter was not glowing. When I saw that the upper (broiler) burner was working fine, I hoped that the problem was the lower igniter itself. I checked the wires and they seemed fine. I saw that two bolts held the igniter onto its bracket, so with a socket wrench (which size I got right on the first guess!) I removed those bolts and the igniter came loose. I found the connecter for the wires when I removed the drawer under the oven and was able to pull it apart easily. The igniter came out completely. There was nothing unusual about it, but I decided to take a chance and order a new one, hoping that replacing it would solve the problem. I put the rest of the oven together and waited. About three days later the part arrived (it was sent on a holiday; FedEx is soooo much better than USPS). I retraced the steps of taking the oven apart, put the two bolts into the new igniter to attach it to the bracket, and went back underneath behind the drawer to connect the wires. Then came the moment of truth: I tried turing on the oven. I held the button down to keep the light off, and after a few seconds I saw it: IT GLOWED!! It worked!! After yelling a satisfying "YEAH!!," I turned it off, put back the drawer, the diverter (more pulling and pushing and twisting), and the oven floor. Now it's all working perfectly and it took a very short time to fix. And a little luck that the problem was with such a simple part.
Parts Used:
Round Carborundum Oven Igniter
79 of 84 people found this instruction helpful.
Was this instruction helpful to you?
Thank you for voting!
Back to Top View More