Order within the next 6 hrs and your part ships today!
Idler Pulley
★★★★★
★★★★★
(106)
PartSelect #: PS334244
Manufacturer #: 279640
This Idler Pulley includes the tri-ring and gasket and everything included here is manufacturer-certified. This part maintains correct tension on the drive belt in order to spin the drum properly. If ...
$27.12
In Stock

Order within the next 6 hrs and your part ships today!
Thermostat, Internal-Bias
★★★★★
★★★★★
(28)
PartSelect #: PS11746740
Manufacturer #: WP8577274
The internal-bias thermistor (Thermistor, Dryer Thermister, Dryer Thermistor) prevents the dryer from overheating by monitoring and controlling the temperature of the inside of the dryer drum. It is l...
$48.20
In Stock

Order within the next 6 hrs and your part ships today!
Leveling Foot
★★★★★
★★★★★
(12)
PartSelect #: PS1609293
Manufacturer #: 49621
If your washer shakes or vibrates loudly when it reaches its max speed, check that the leveling legs are even. To ensure that the washer is firmly on the ground using all four legs, adjust the legs so...
$7.48
In Stock

Order within the next 6 hrs and your part ships today!
High Limit Thermostat and Thermal Cut-Off Kit
★★★★★
★★★★★
(20)
PartSelect #: PS334387
Manufacturer #: 279973
Also known as Thermal Cut-Off kit. The thermostat acts as a safety mechanism that keeps the dryer from overheating and the fuse is like a backup system - it's set to trip at a higher temperature than...
$52.75
In Stock

Show All
Burning smell
Fixed by
these parts

Show All
Spins slowly
Fixed by
these parts 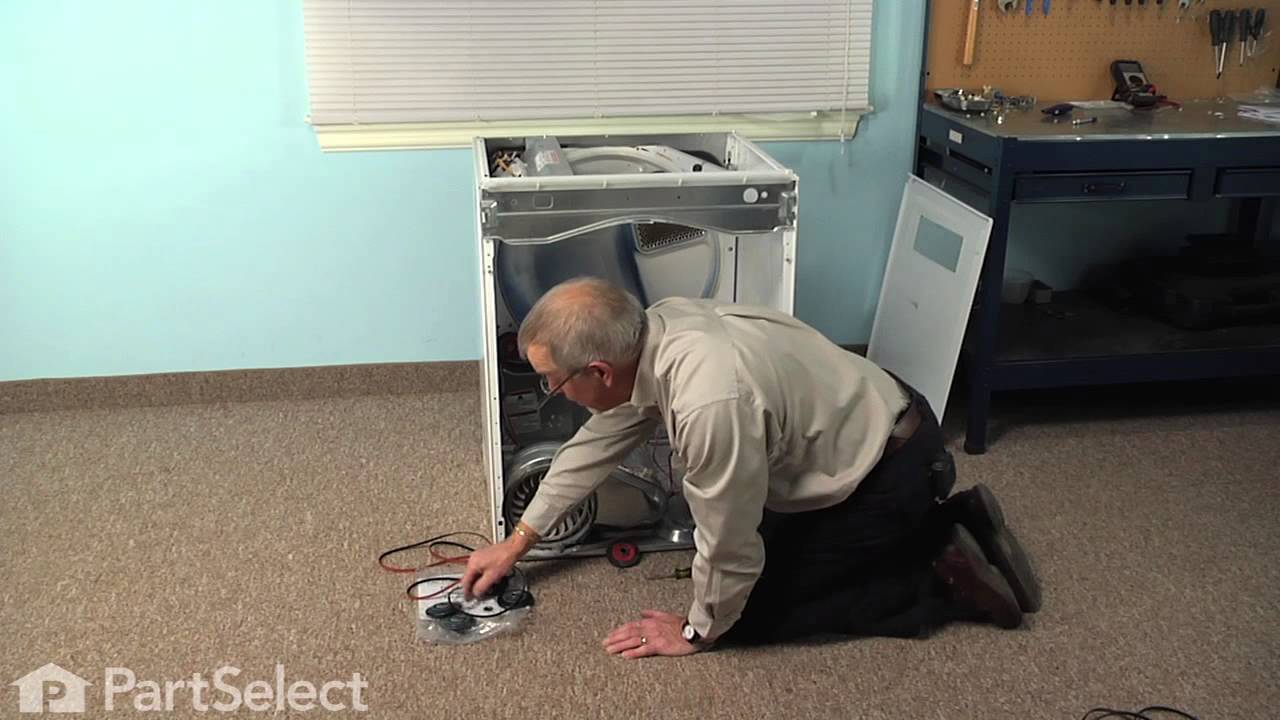 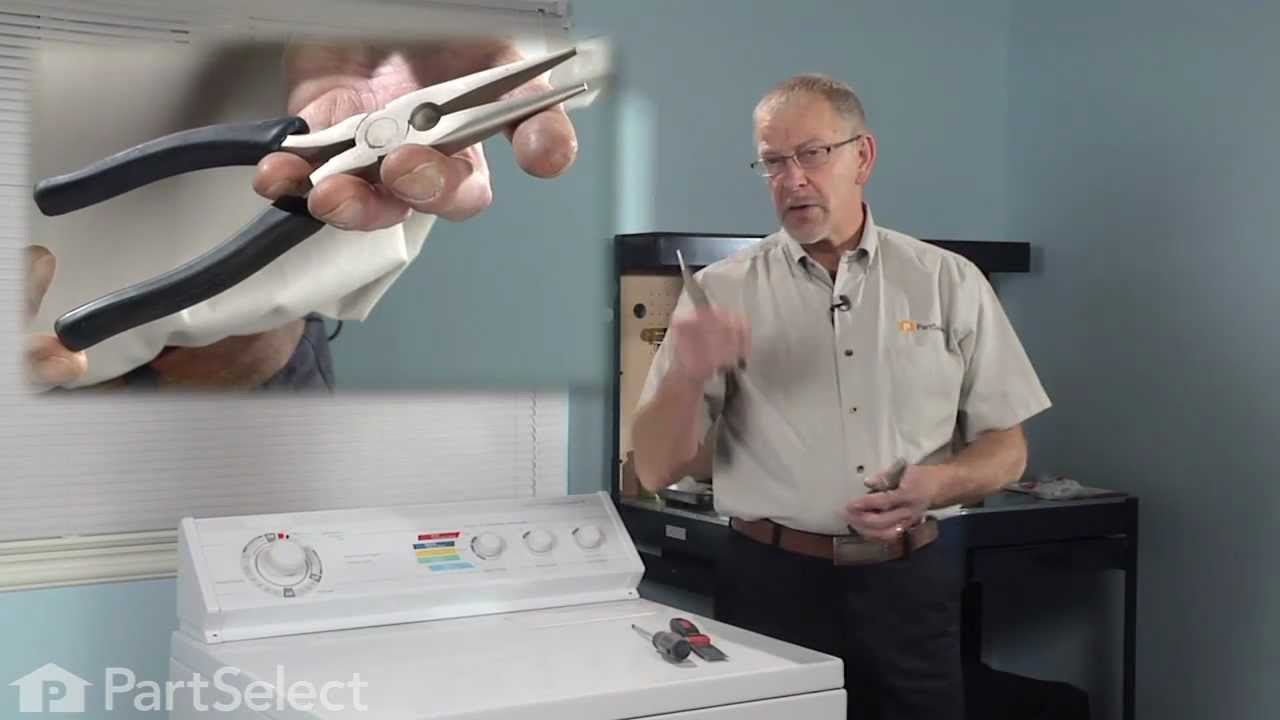 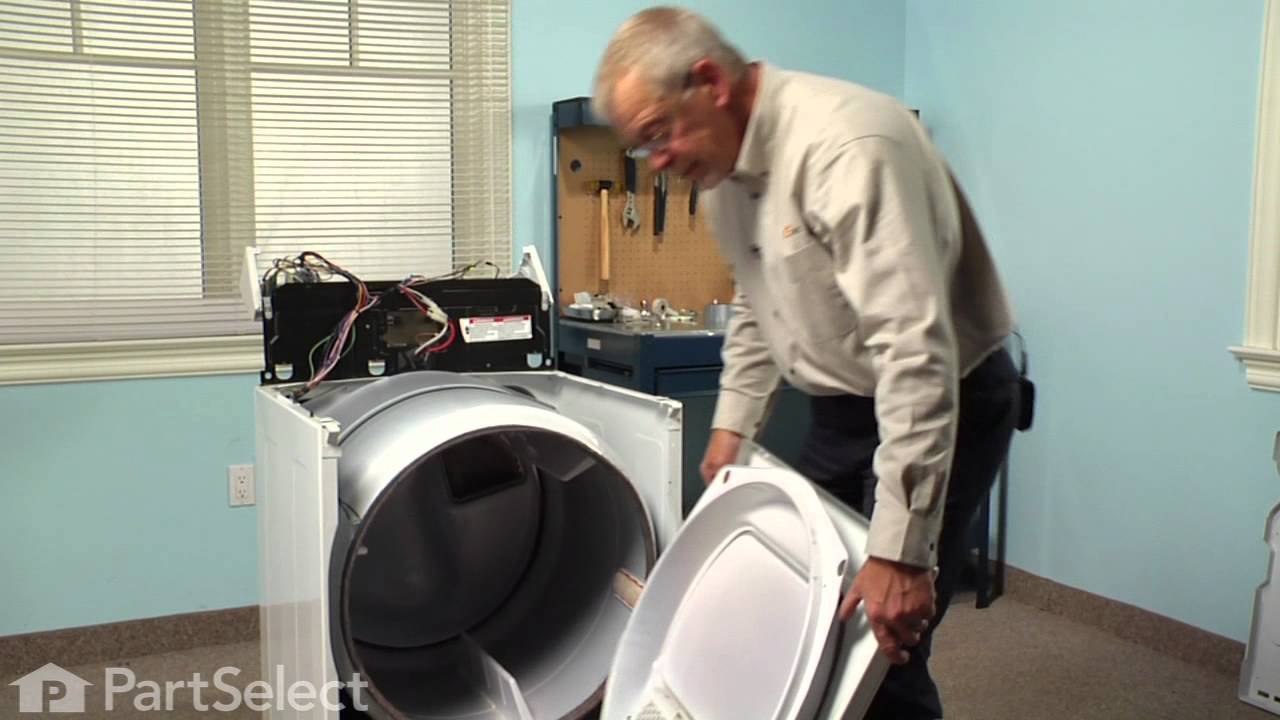 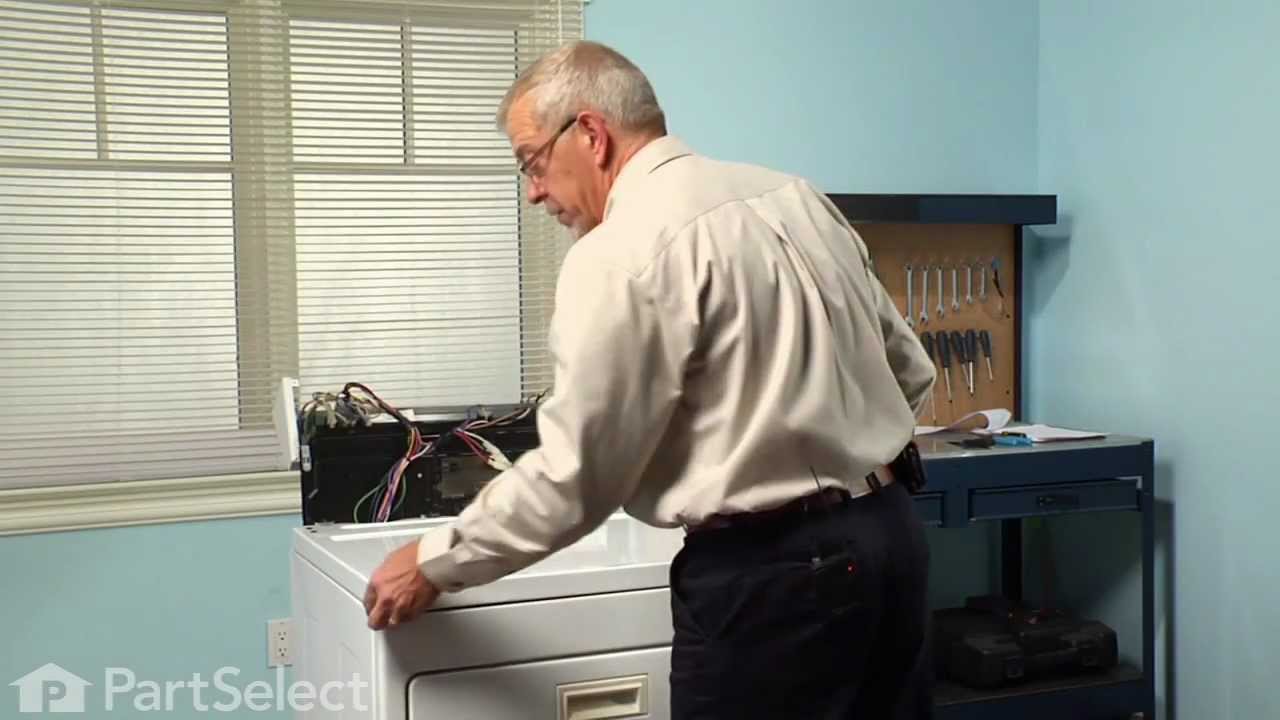 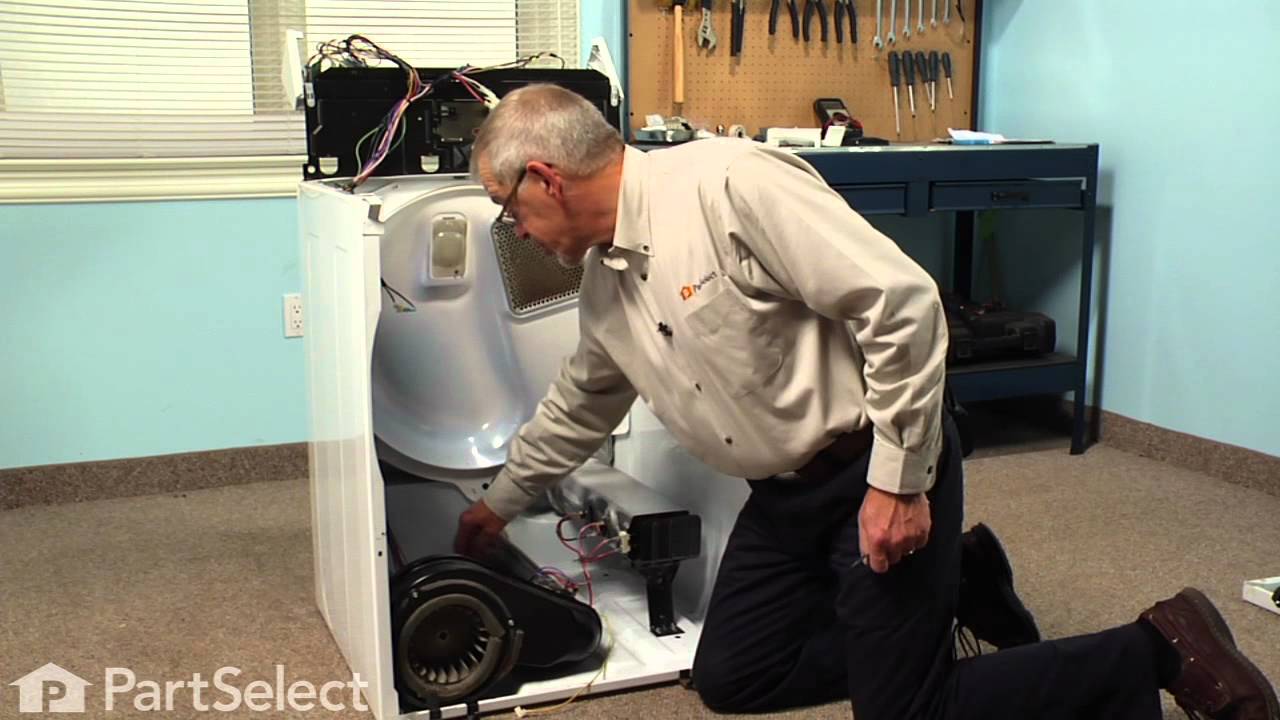 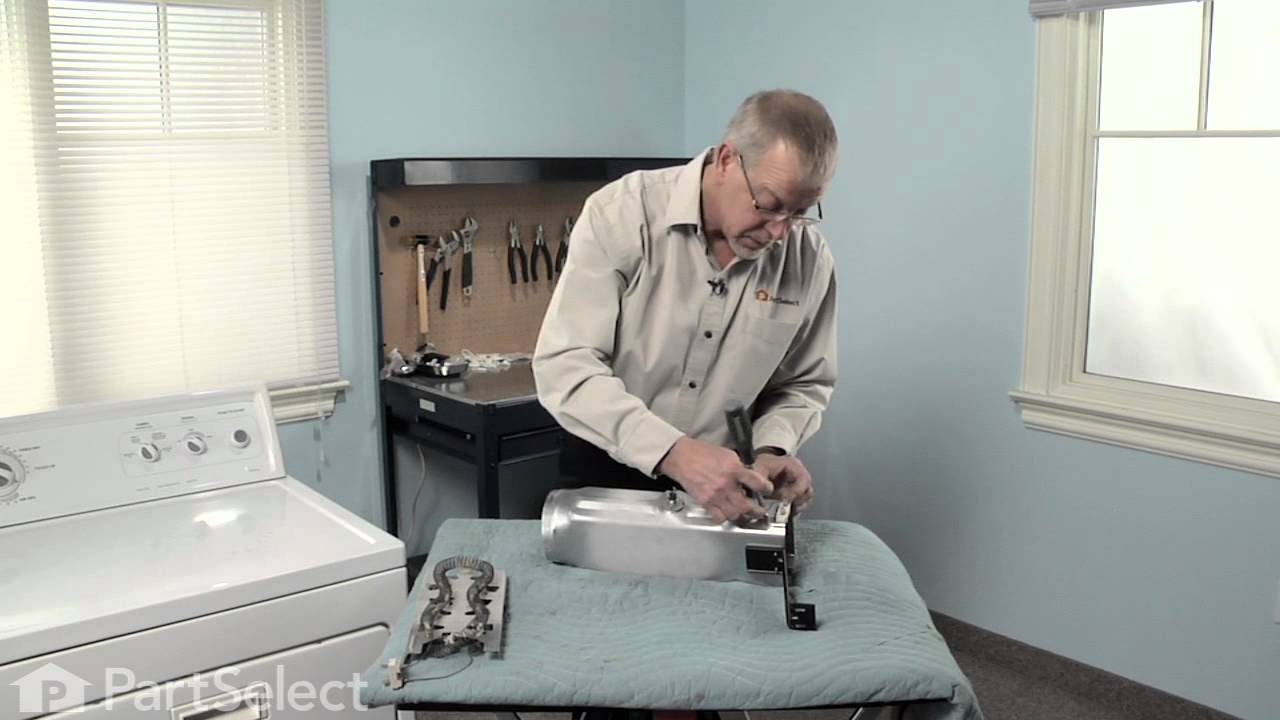 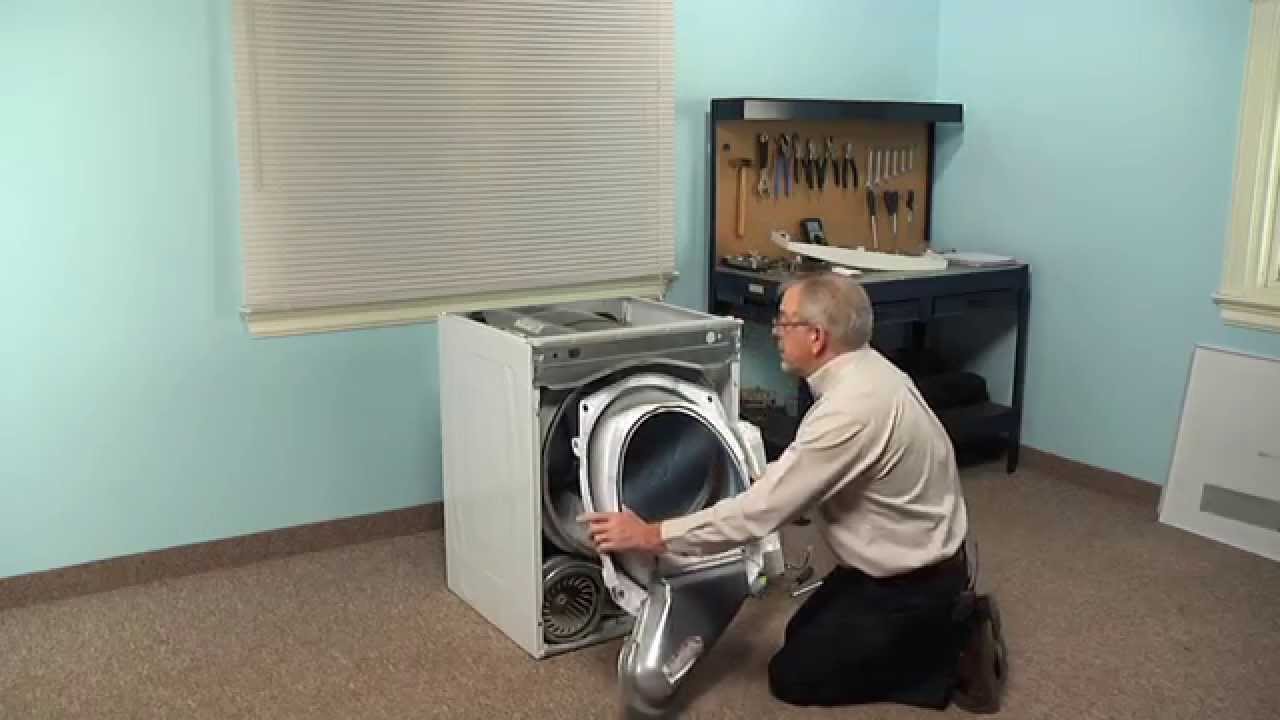 Replacing the Idler Pulley with Bracket 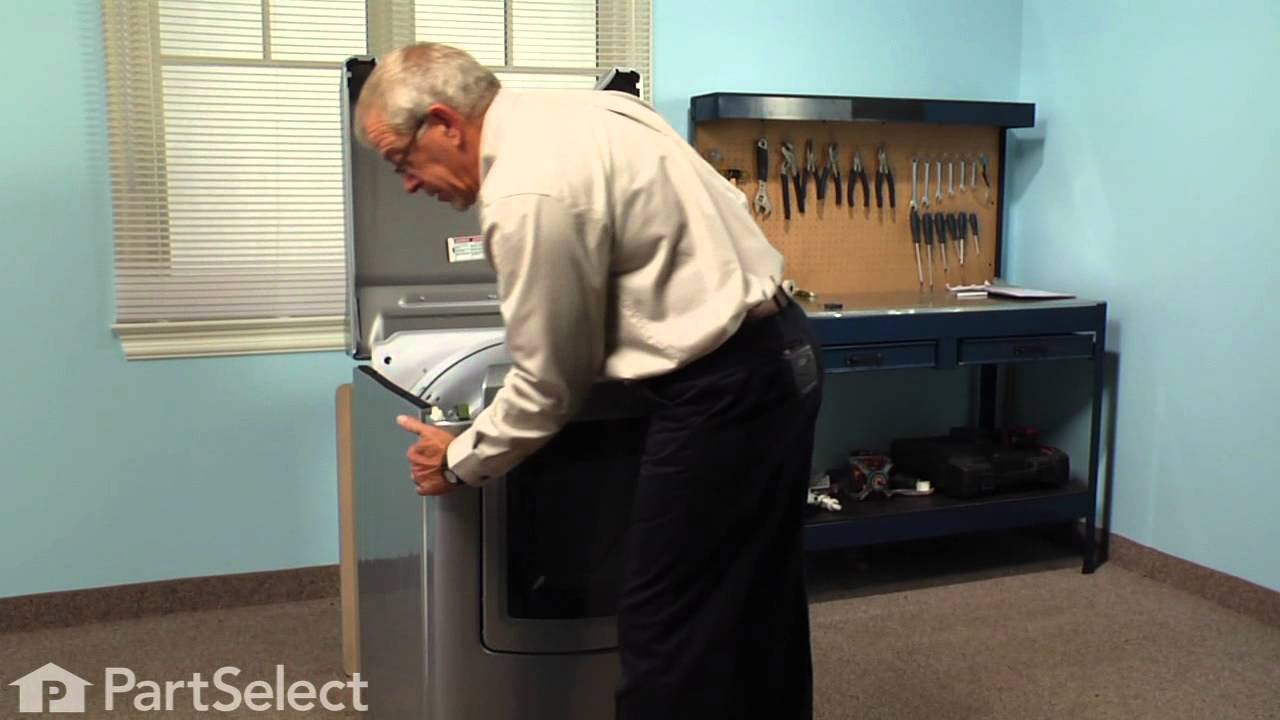 [Viewing 3 of 431]
Keep searches simple. Use keywords, e.g. "leaking", "pump", "broken" or "fit".
Door Catch part had fallen out,/ was missing
Received your parts, Popped them both right into place, Even though only one side needed to be replaced, I wanted them to match up. It was amazing how easy this was. My husband was quite impressed I had ordered these rather then look for either a new or used dryer from some other source.
Parts Used:
Door Catch Kit
663 of 708 people found this instruction helpful.
Was this instruction helpful to you?
Thank you for voting!
Burned out heater element
Remove the kick plate from the bottom of the dryer by sliding a putty knife along the top edge to release the plastic clamps, one on each side about 4" in from the edges. The kick plate folds out and down. You will see the heat shield on the right, held in by one hex head screw. Remove screw and heat shield. The element is positioned in an open-front housing and is fastened to the left side of the housing by two hex head screws, located on the "rail" of the element and right near the two wires. Remove the hex-head screws that hold the element in place and disconnected the two wires by pulling them out by hand or with needle nose pliers. The only difficulty here is the cramped working area...I recommend a stubby socket driver for these two screws. Most of this I had to do by feel because I could not see the screw heads. Once the screws are out and the wires have been disconnected, slide the old element straight out toward you. You may need to disconnect a small plastic hose located to the left front of the element, but this hose just pulls right off. Vacume the dust & lint build-up out of the whole area, wipe out the element housing and clean up the whole underside of the dryer prior to installing the new element. Installation is reverse of removal. It also might be a good opportunity to clean out your exhaust duct and the vent to the outside. (Never use the aluminum foil-accordian-type duct.) If the exterior dryer vent has any kind of screen over it, remove it and get rid of it. Screens collect lint, lint builds up and burns out elements.
Parts Used:
Dryer Heating Element
467 of 525 people found this instruction helpful.
Was this instruction helpful to you?
Thank you for voting!
Handle on Kenmore he3 dryer door broke off
1) Removed six smaller Phillips head screws from around the inside of the dryer door. This allowed the black plastic front piece of the dryer door to come off.