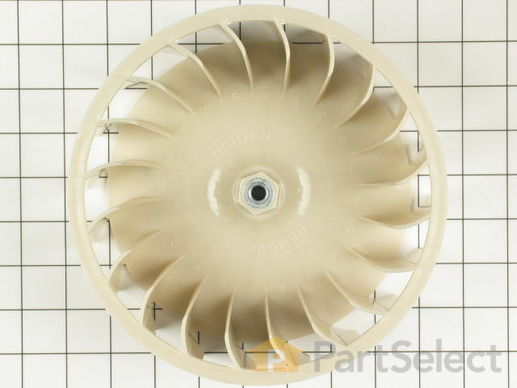 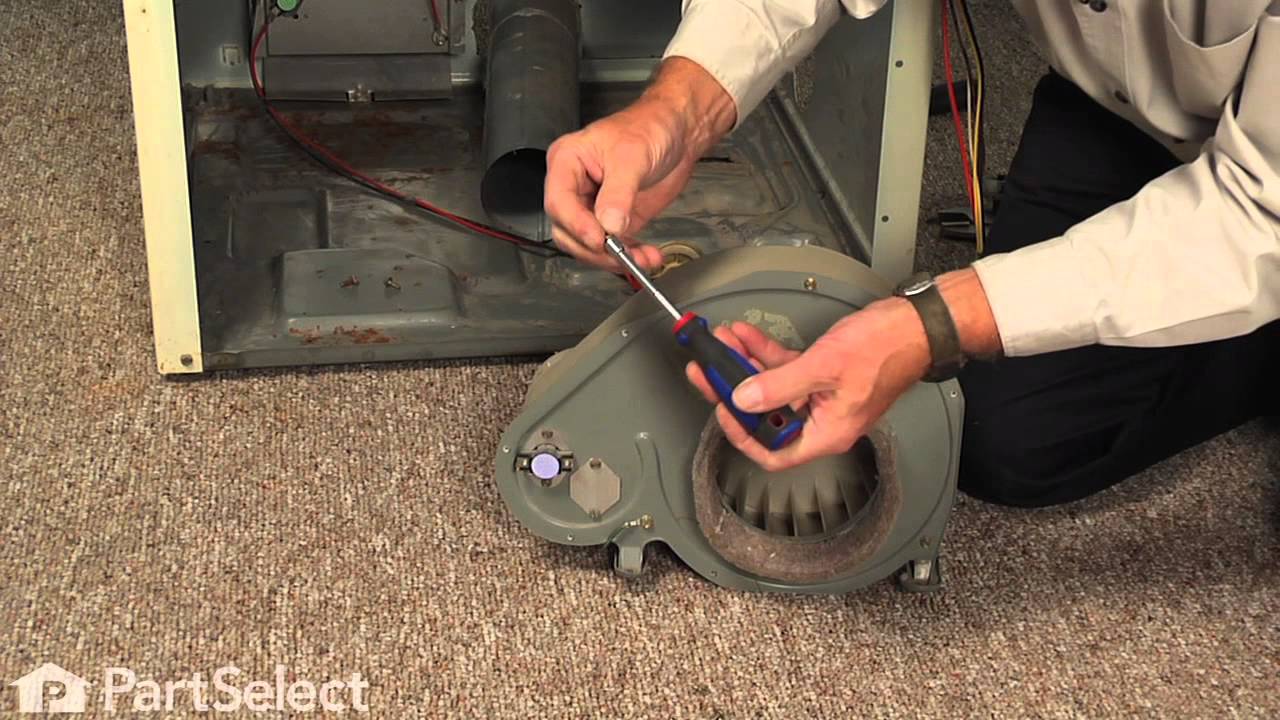 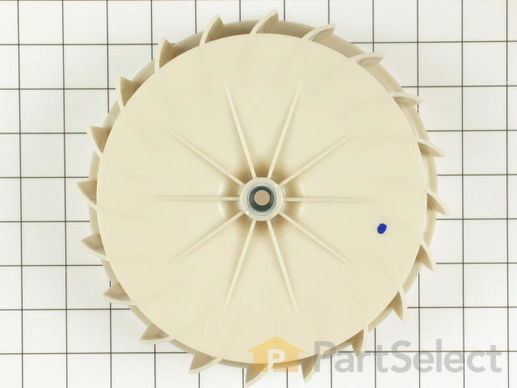 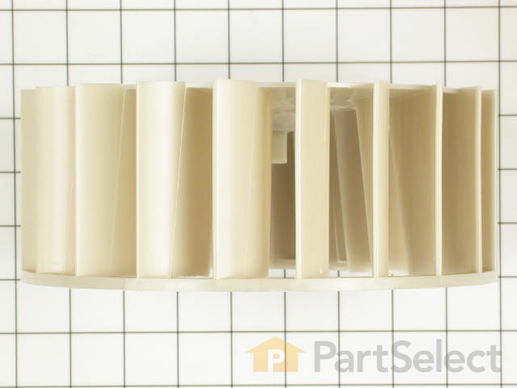 If your dryer is noisy, will not tumble, or is not producing enough heat, you may need to replace the blower wheel. This part is white in color, and is made of plastic. This part is approximately 8 inches in diameter. The blower wheel is located near the bottom of your dryer cabinet. To access it for this repair, you will need to remove both the front panel and the front bulkhead assembly. Before you begin this repair, be sure to disconnect the power source to the dryer. To complete this repair, you will need a 5/16 inch nut driver, a 1/4 inch nut driver, a pair of locking pliers and a 7/8 socket with a short extension and a ratchet.

Back to Top
Part Videos

Back to Top
Customer Repair Stories
Average Repair Rating: 2.8 / 5.0, 17 reviews. What's this?
Sort by:
Search filter: Clear Filter
Your search term must have 3 or more characters.
Keep searches simple. Use keywords, e.g. "leaking", "pump", "broken" or "fit".
Sorry, we couldn't find any existing installation instruction that matched.
Blower fan cracked
Unplug the power cord from the unit. Remove the lower front panel; then the upper front panel including the door (unplug wire to door switch). Then remove the cover on the fan housing. Need to block the motor from turning; I used a stick to jamb the front of the motor; then unscrew the old blower fan and screw on the new one. Then replace the cover and put front panels back on.
44 of 53 people found this instruction helpful.
Was this instruction helpful to you?
Thank you for voting!
The insert-molded nut stripped from the wheel
Because the wheel had stopped and the shaft kept turning (junk from child's pocket got in there), the nut stripped itself away from the wheel causing low RPM and low air movement (lazy flame, vibration and clothes not drying)

I had to use a screwdriver to break the wheel away from the center nut and remove the fan. I then removed the air fan housing (3 bolt behind the fan wheel). I used a small pair of vise grips to hold the motor shaft staionary while I used a pair of channel lock pliers to remove the nut that was molded into the fan from the motor shaft. It was harder to get the nut started then I would have thought.

I disassembled the whole dryer and finally got to the blower wheel which was broken lose from the molded nut. I supposed something like a dime or penny got in there to shred it.

PartSelect's website allowed me to find the part in 5 minutes. It was on my doorstep the next afternoon.