Questions And Answers for WM2077CW

Common Symptoms of the WM2077CW

[Viewing 17 of 17]
Leaking
Fixed by
these parts

Show All
Will not drain
Fixed by
these parts

Show All
Will not fill with water
Fixed by
these parts

Show All
Burning smell
Fixed by
these parts

Show All
No hot or cold water
Fixed by
these parts

Show All
Spins slowly
Fixed by
these parts 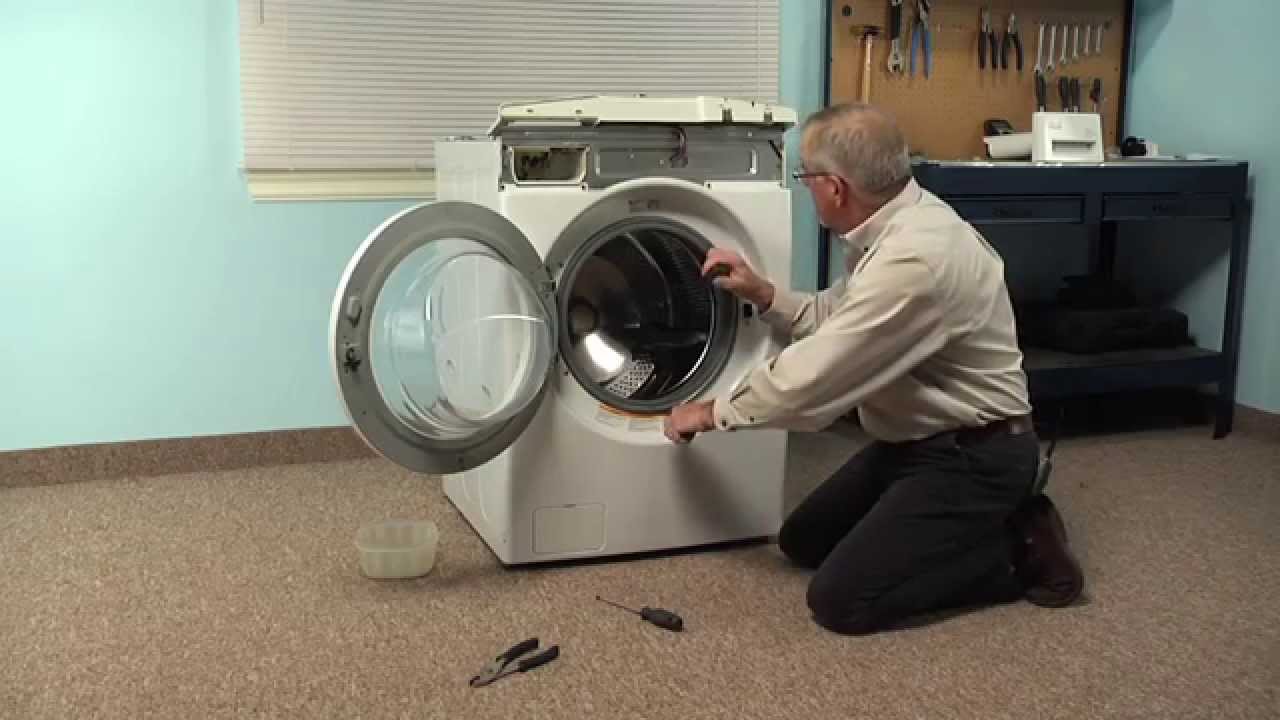 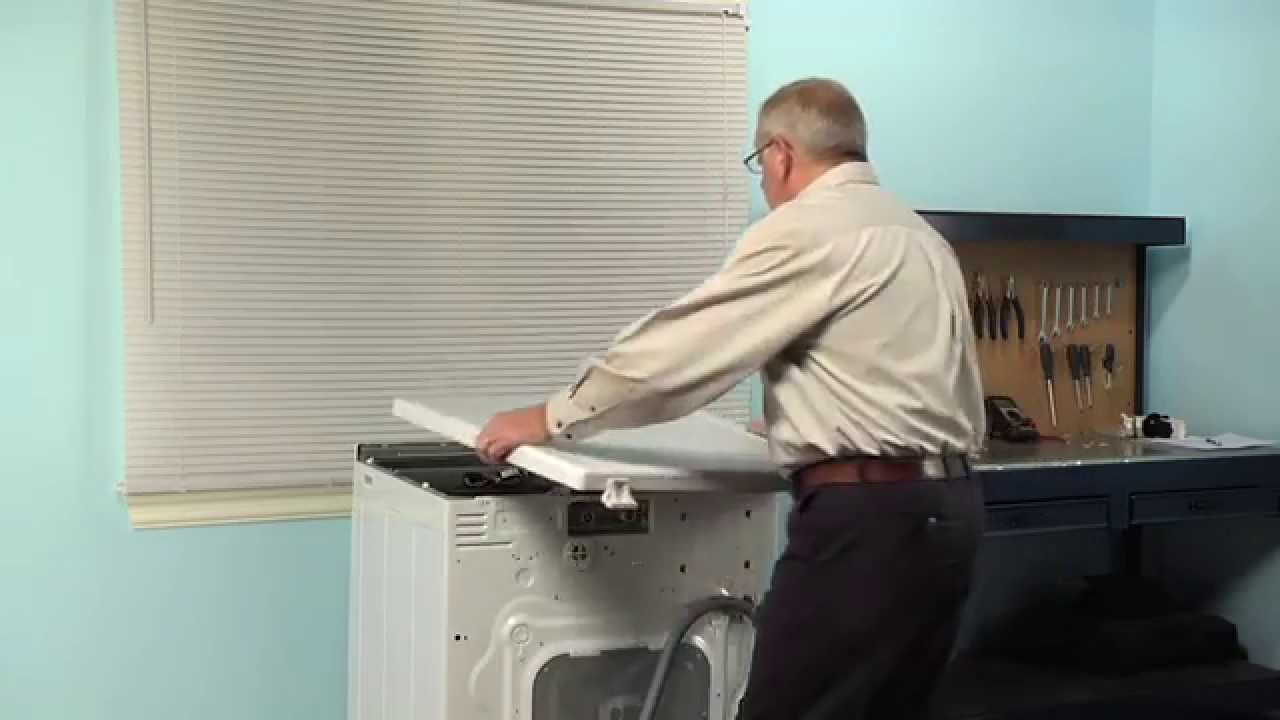 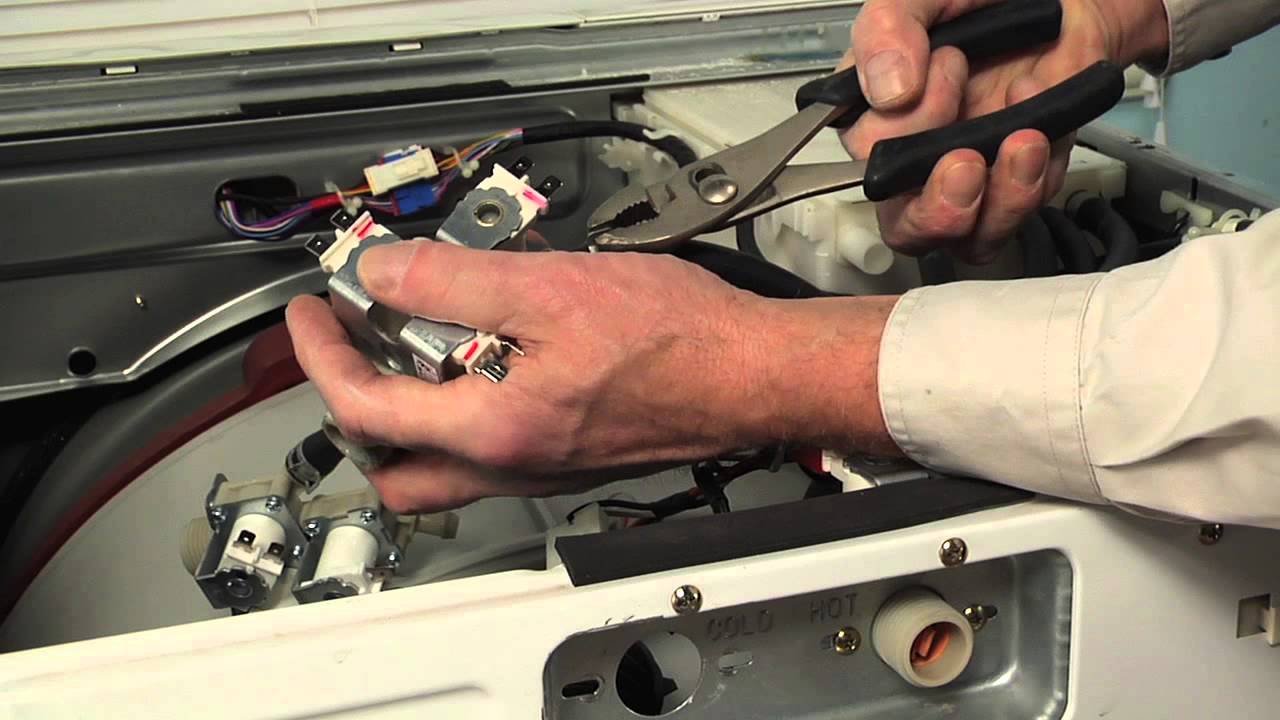 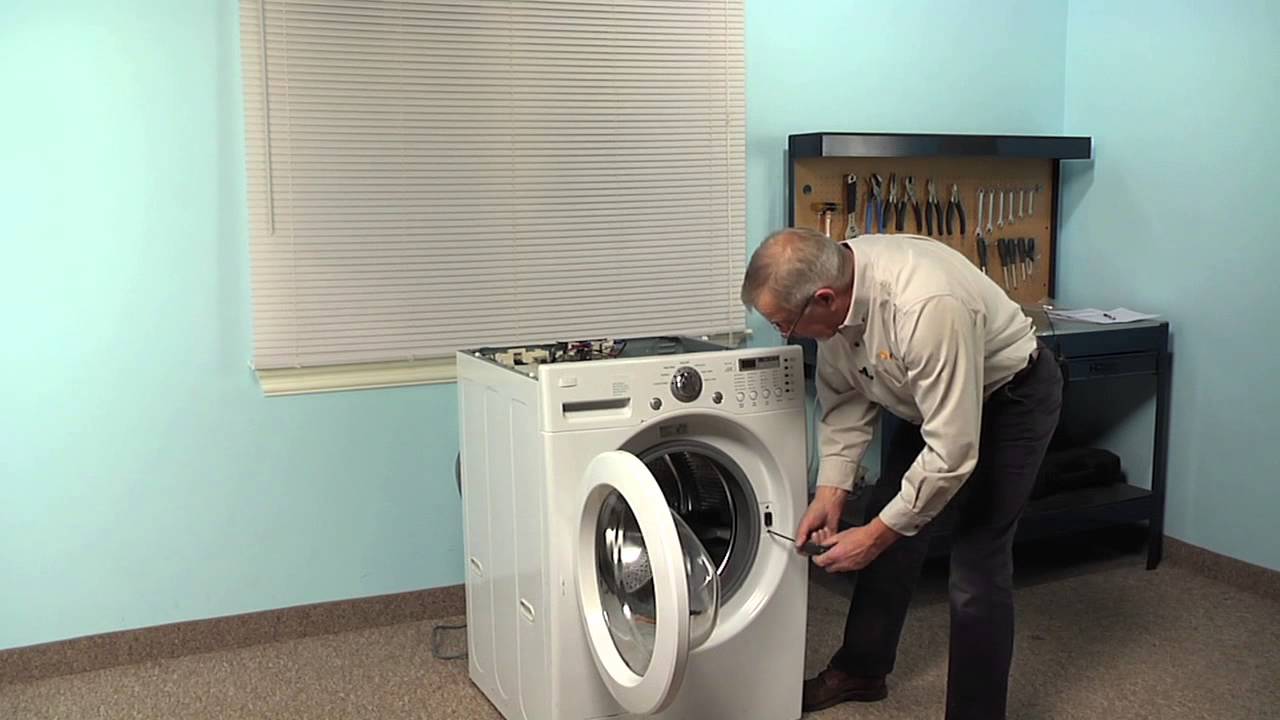 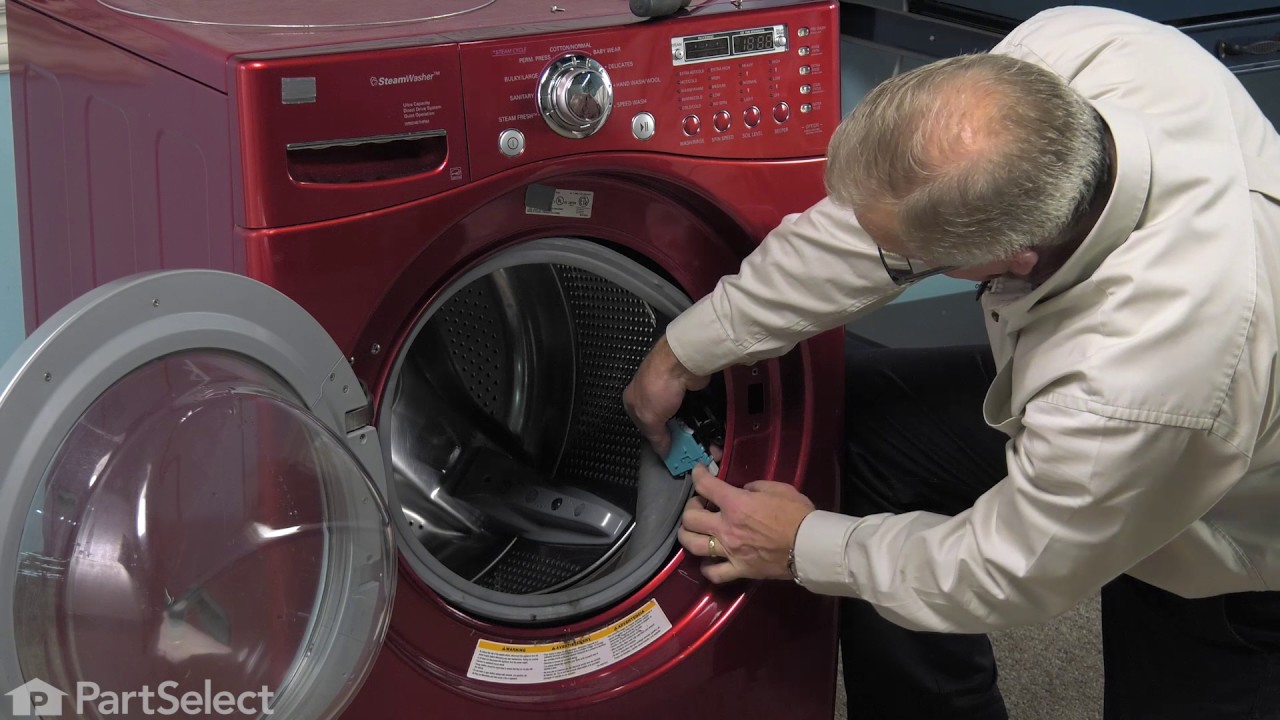 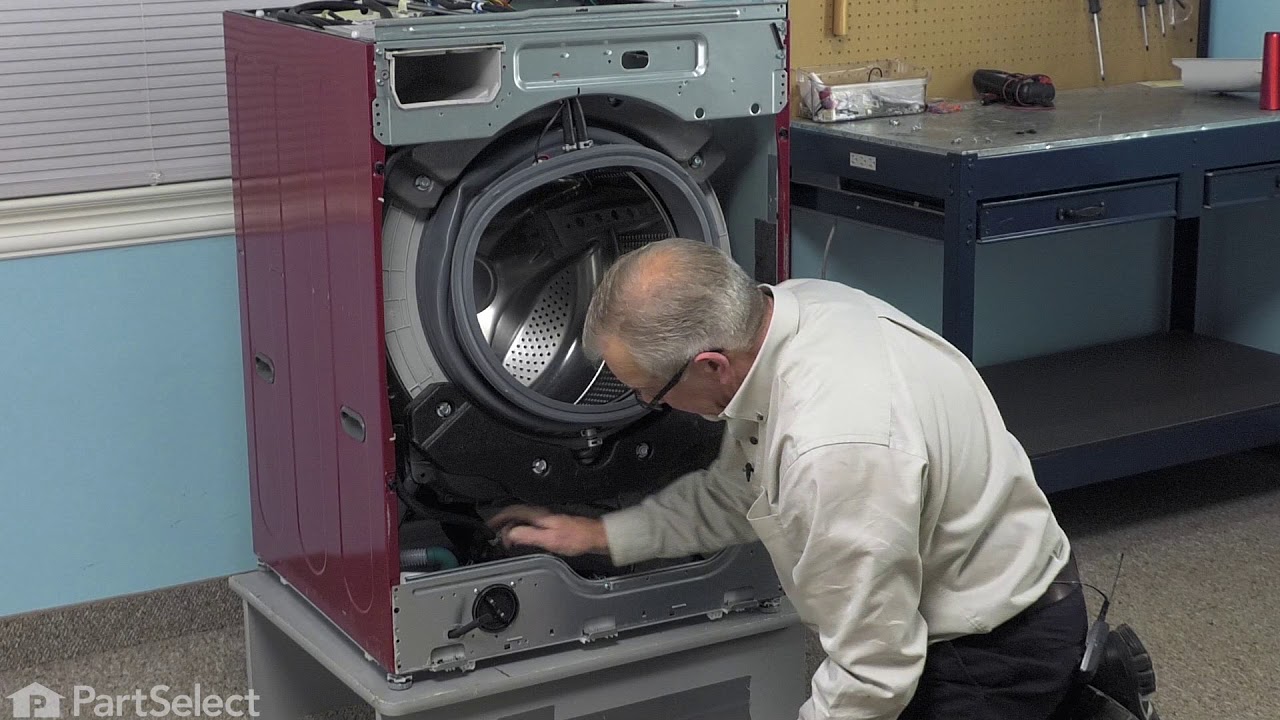 Installation Instructions of parts on the WM2077CW

[Viewing 3 of 149]
Keep searches simple. Use keywords, e.g. "leaking", "pump", "broken" or "fit".
Washing maching wouldn't drain
Removed the top of the washer by removing the 4 back screws and 2 small brackets. Then I removed the front panel, this was actually the hardest part, 2 screws and 8 tabs that you pop out carefully from the top of the panel. I only disconnected the power button and was able to rest the panel on top of the washer. The rest of the washer came apart quickly just moving down the front of the washer and removing the door, latch, tub gasket, drain cover. Removing the pump was just a mater of disconnecting the drain hoses, and one clip under the drain assembly. 3 screws attach the drain to assembly to the pump and only 2 wires that are clearly marked. Reassembly is just going back through in reverse order of disassenbly. The best thing about this is that it all comes apart with a standard phillips screwdriver.
Parts Used:
Washing Machine Drain Pump and Motor Assembly
539 of 683 people found this instruction helpful.
Was this instruction helpful to you?
Thank you for voting!
LE Error Message and won't spin drum properly
I first tested the motor per the service manual. I checked the resistance between the terminals of the 3 pin connector. It's supposed to be 5-15 ohms. The motor checked out so I replaced the main electrical board. It turns out that wasn't the problem. After a brief web search I found out that the hall sensor (which is attached to the motor stator) was the likely cause of the failure. I replaced that and everything works great now. And now I have a spare main board in case that ever fails. I also want to mention that I took the time to remove the dispenser box (where the water comes in and is directed to the different cleaning products) and cleaned it with a very strong bleach solution. It got rid of the mildew and funky smell. It seems that the fabric softener caused a lot of mildew to form inside the dispenser directly above the fabric softener tray. The bleach took care of that. This is probably something that should be done routinely to keep the mildew from forming.
Parts Used:
Rotor Position Sensor Assembly
224 of 290 people found this instruction helpful.
Was this instruction helpful to you?
Thank you for voting!
Worn bearings
To replace the bearings a complete disassembly of the washer was required. After pulling the tube assembly from the cabinet and separating the tube enclosure halves and removing the rotor and stator, since the washer uses direct drive, a gear puller was required to push the drive shaft through the old bearings since they didn’t separate easily as seen in several YouTube videos. After removing the tube assembly it is recommended that you also separate from the spider, which contains the drive shaft, from the tube itself since a significant amount of sediment had caked inside the indentations on the inside of the spider. Since the front bearing, part number 4280FR4048D, was no longer available I used an NTN double sealed bearing, part number 6306LLUC3/L627. The only other tricky aspect of the repair was pushing the drive shaft through the new bearings since pushing it by hand did not produce enough force to get it through to expose enough of the shaft on the other side to be able to reconnect the rotor. The solution was to pull the shaft through rather than pushing it. To do this I placed a 1 3/4 inch drive socket over the outer ring of the rear bearing, and then I used a 3 inch 10mm x 1.50 mm bolt through the drive socket with enough large washers to use as spacers between the bolt head and the drive socket. I then threaded about a half inch of the bolt into the center of the drive shaft by hand to remove any gap between the bolt head and the washers. As I turned the bolt clockwise with a 17mm drive socket wrench the bolt pulled the drive shaft through the bearings with ease. I did follow the manufacturer’s recommendation to replace the seal between the two tube enclosure halves and the three dampers with new ones since they do eliminate much of the vibration during the spin cycle. I also replace the top bellows since I noticed that a large hole had been formed on it by rubbing against the inlet hoses which are situated directly above. The repair took a week only because I had to wait for parts.
Parts Used:
Gasket Shock Absorber Assembly
88 of 150 people found this instruction helpful.
Was this instruction helpful to you?
Thank you for voting!
Back to Top View More