Order within the next 47 mins and your part ships today!
White Dishrack Roller
★★★★★
★★★★★
(6)
PartSelect #: PS11746834
Manufacturer #: WP903093
This upper dishwasher dishrack roller, also known as a dishrack wheel, allows you to roll the dishwasher rack easily on the support rails. If your dishwasher rack is disconnected or the rack is broken...
$16.60
In Stock

Order within the next 47 mins and your part ships today!
Inner Door Foam Insulation Strip
★★★★★
★★★★★
(4)
PartSelect #: PS11748543
Manufacturer #: WPW10117748
This genuine inner door foam insulation strip, sometimes known as bottom seal foam, is used to create a waterproof seal that helps prevent leaking from the door area of the dishwasher. The existing in...
$33.01
In Stock

Order within the next 47 mins and your part ships today!
Hose Clamp
★★★★★
★★★★★
(1)
PartSelect #: PS11743008
Manufacturer #: WP596669
This hose clamp is used in a wide variety of household appliances. Most often it is found in washers, dishwashers, refrigerators, freezers, dehumidifiers, garbage disposals, or air conditioners. This ...
$7.76
In Stock

Order within the next 47 mins and your part ships today!
Door Spring
★★★★★
★★★★★
(3)
PartSelect #: PS11746856
Manufacturer #: WP912652
The door spring puts tension on the dishwasher door though the hinge. This keeps it from falling or dropping abruptly when opening and closing. Please note: The spring for either side of the door is s...
$12.80
In Stock

Order within the next 47 mins and your part ships today!
Short Dispenser Door Retaining Pin
★★★★★
★★★★★
(2)
PartSelect #: PS11757600
Manufacturer #: WPY912679
The short dispenser door retaining pin latches your washing machine door to the hinge. If you find that your washing machine will not dispense detergent, or the lid will not latch properly, you may ne...
$5.80
In Stock

Order within the next 47 mins and your part ships today!
Back to Top View More

Questions And Answers for DU20J

Common Symptoms of the DU20J

[Viewing 12 of 12]
Leaking
Fixed by
these parts

Show All
Will not dispense detergent
Fixed by
these parts

Show All
Not cleaning dishes properly
Fixed by
these parts

Show All
Will not fill with water
Fixed by
these parts

Show All
Not draining
Fixed by
these parts

Show All
Not drying dishes properly
Fixed by
these parts 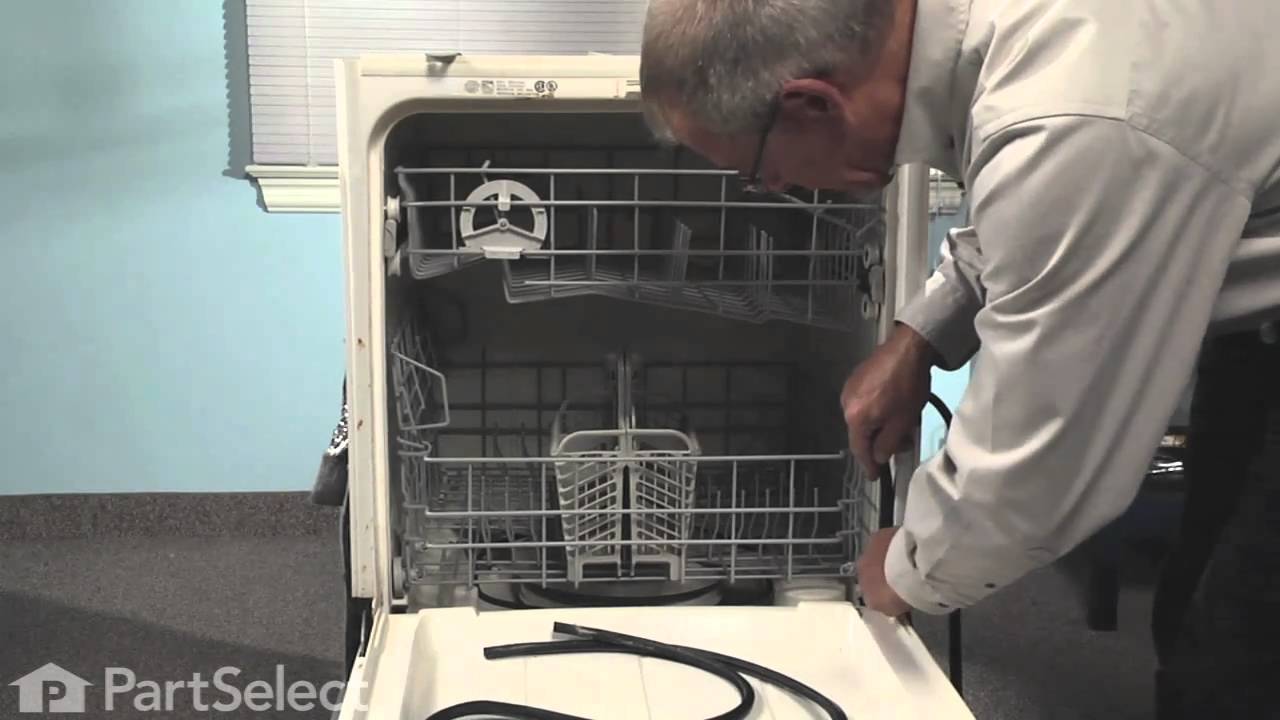 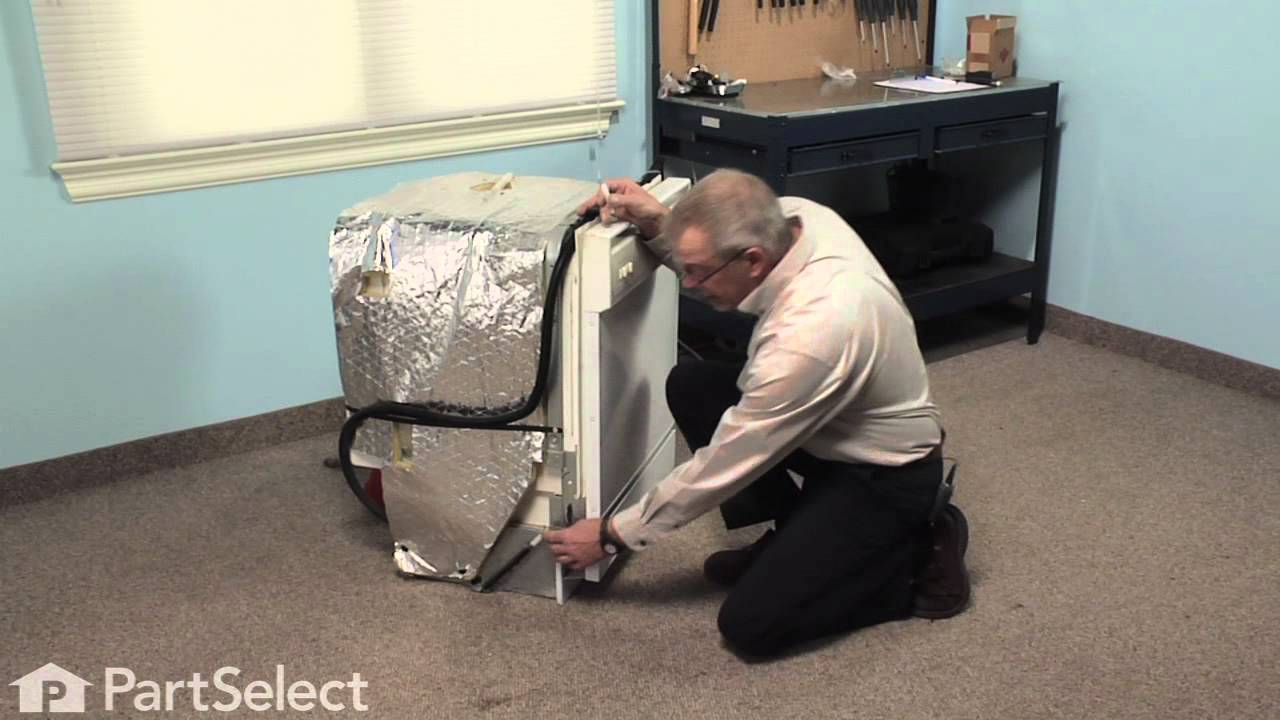 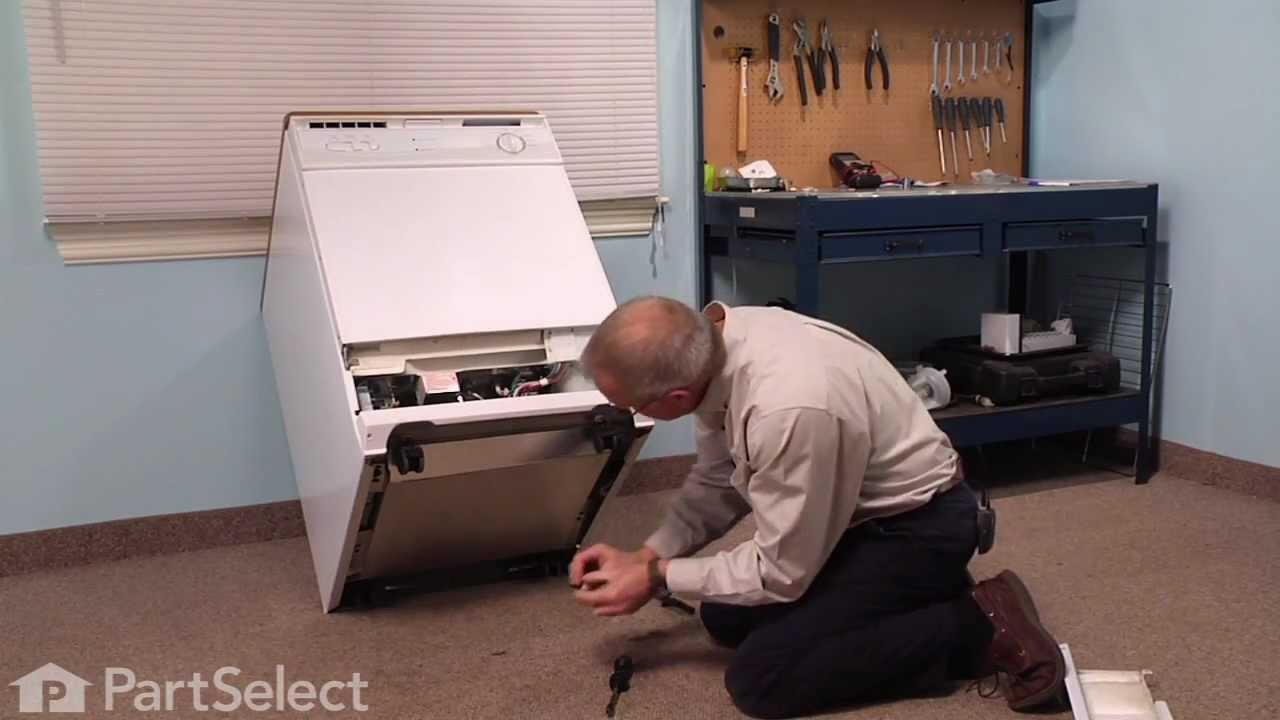 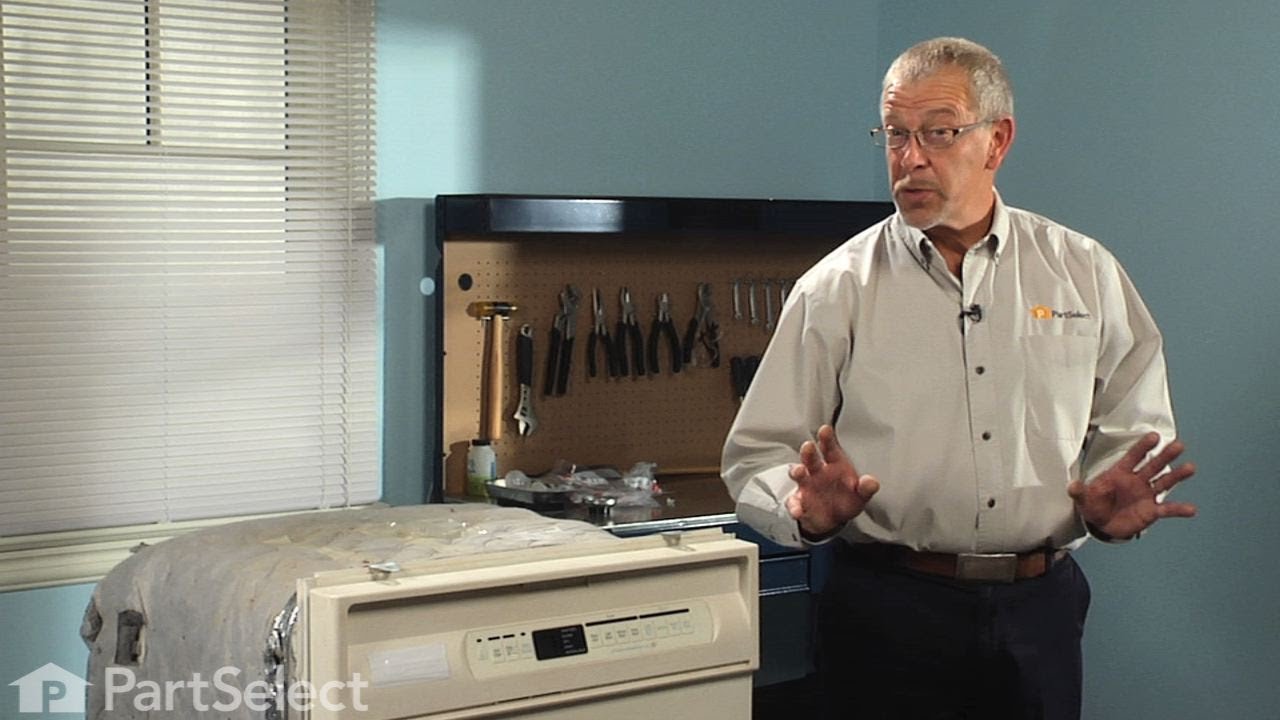 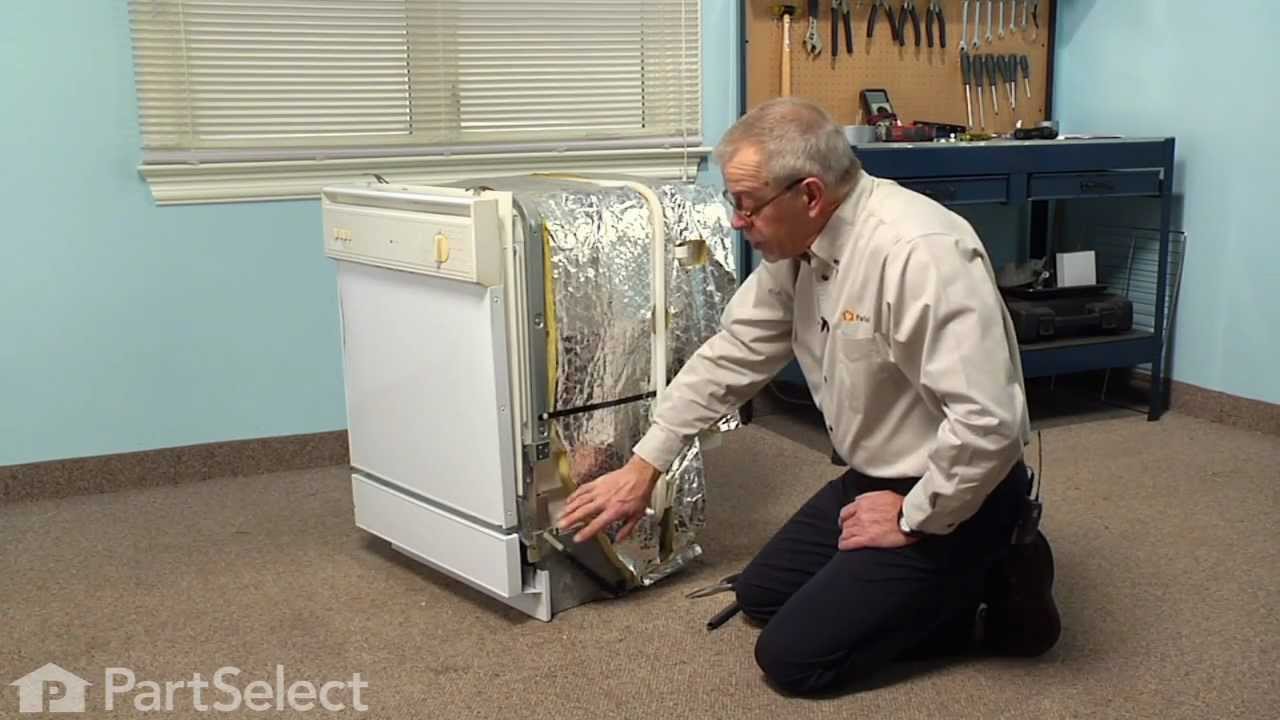 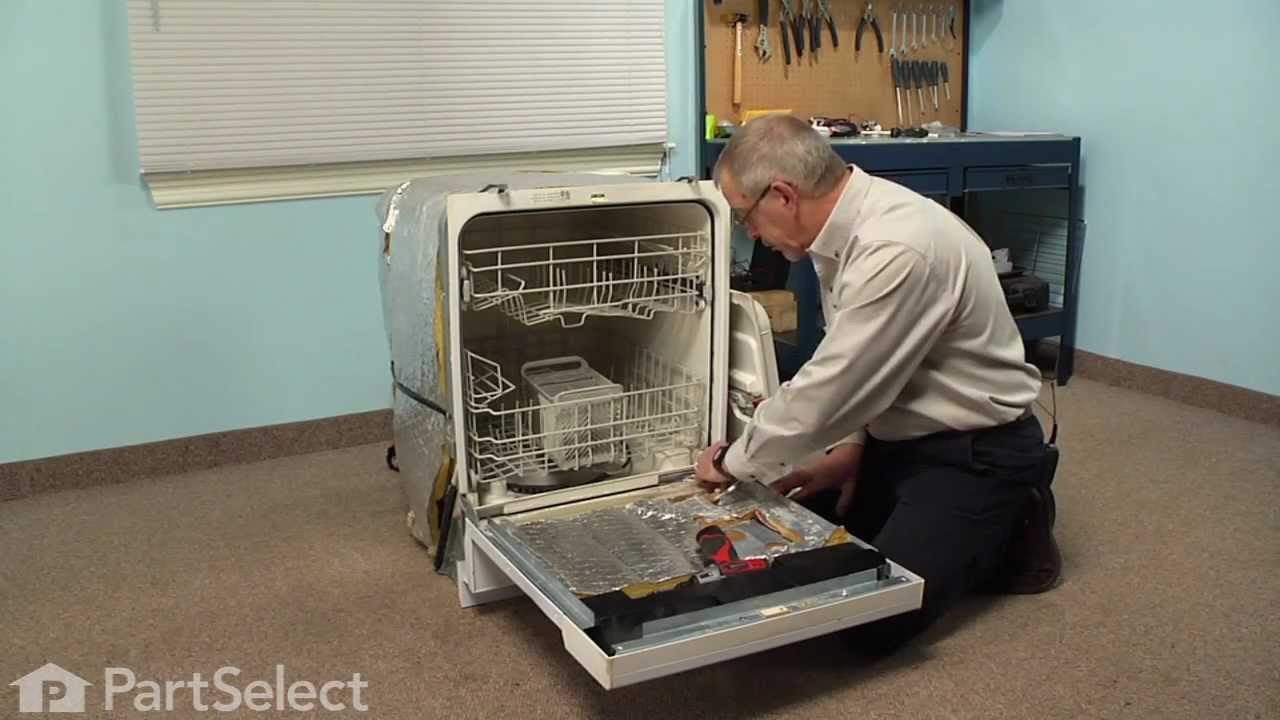 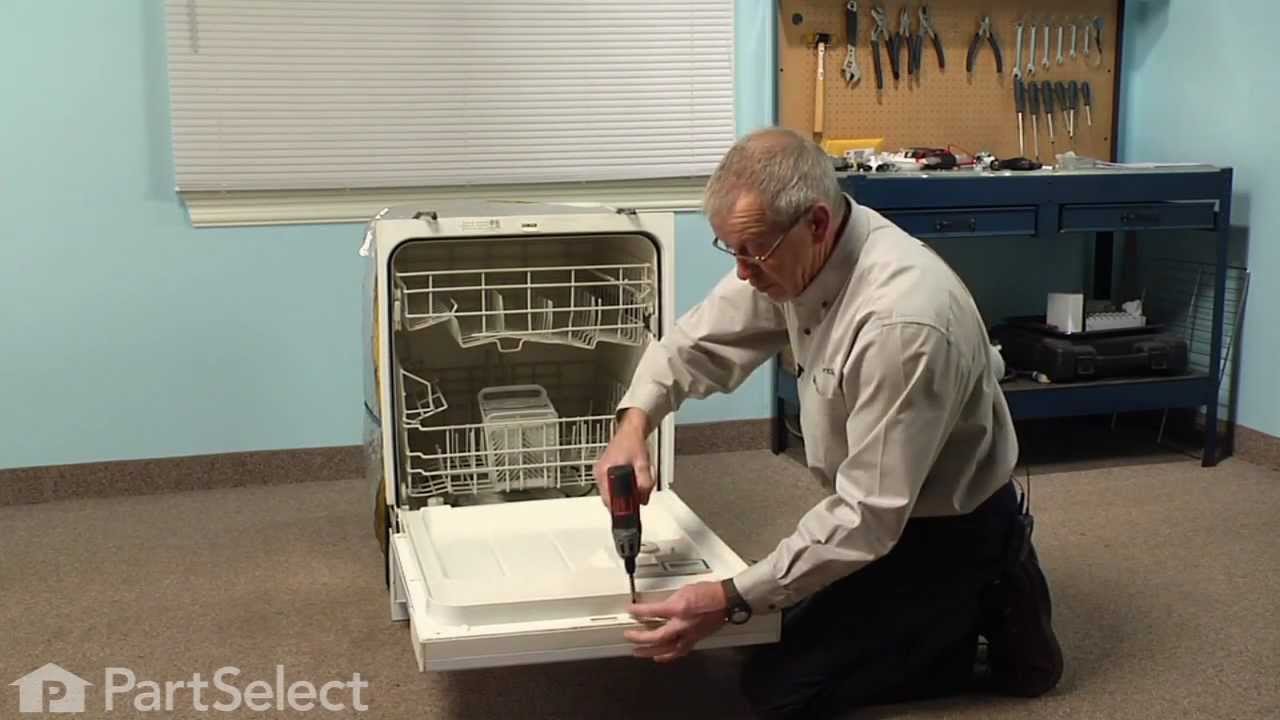 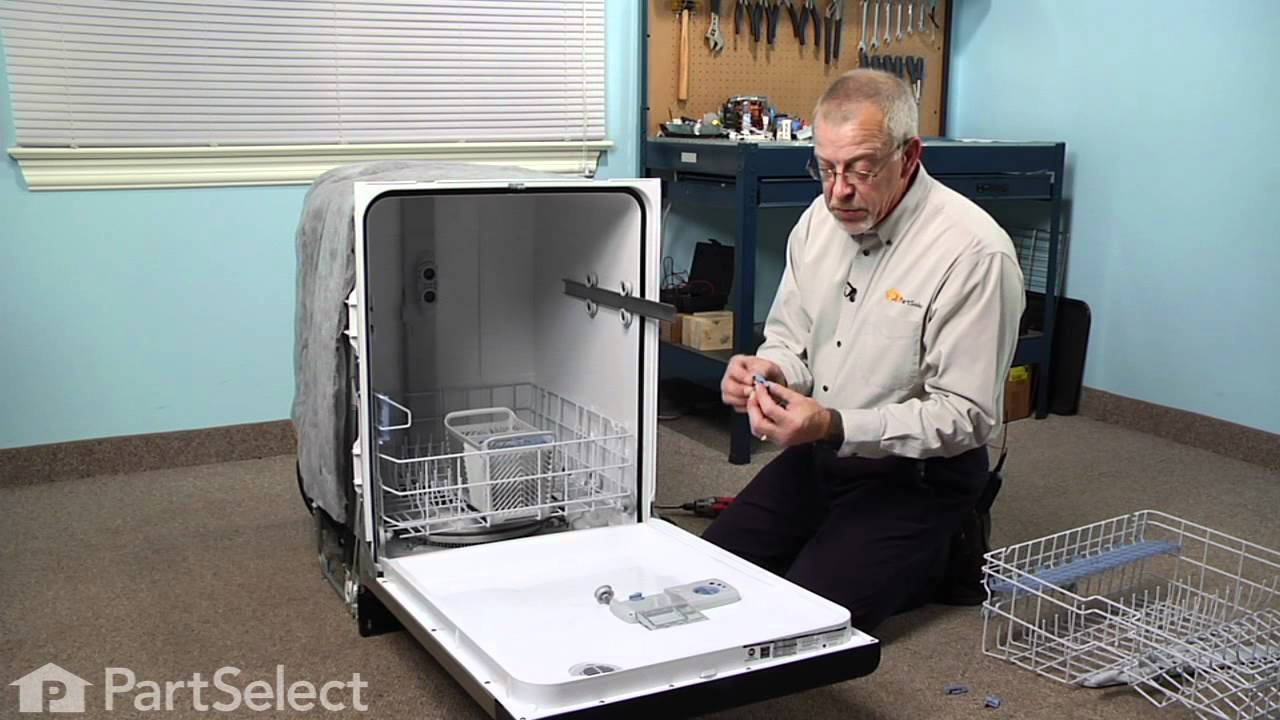 Replacing the Tub Wheel - NOT a Rack Wheel

Installation Instructions of parts on the DU20J

[Viewing 3 of 445]
Keep searches simple. Use keywords, e.g. "leaking", "pump", "broken" or "fit".
Water dripping from right corner of door
Took out about 7 torx screws to remove the inner door liner. Discovered evidence of leak coming from the sop dispenser latch, and noticed the grommet had turned soft and was torn. The grommet is only about 1" square. Used nut driver to remove two screws to remove latch assembly. Slipped old grommet off and put new one on, and reattached the latch. The foam seal at the bottom of the door looked worn, so we replaced it with weatherstripping from home improvement store. The main door seal was brittle, so we replaced it too - just grab an end and pull the old one out. The new one was installed by starting at one end and we just pushed it in place. We used a nut-driver to push it in - we were afraid a screwdriver might damage it. The new door seal required us to latch the door to get it to stay closed the fist couple of days, but now it has loosened up a bit and works as expected. And NO MORE LEAKS. Cost is much less than a new unit!
Parts Used:
Dispenser Door Latch Grommet Door Gasket
596 of 610 people found this instruction helpful.
Was this instruction helpful to you?
Thank you for voting!
Rack roller broke
I opened the end stop of the rack, replaced the roller, and put the end stop back on. I can't believe I paid the repairman the last time $125????? An he put in a regular screw that rusted and broke the roller. Took me 3 minutes! Thanks
Parts Used:
White Dishrack Roller
496 of 499 people found this instruction helpful.
Was this instruction helpful to you?
Thank you for voting!
Water Leak at right side bottom of the dishwasher door
After dissassembling the unit to discover the leakage source I determined that it would do best to replace the top three contributors to the problem as listed by you. Disassembly, parts replacement and reassembly was straight forward and a few hints garnered from your good instructions and assembly blow-up drawings made the job simple with the most difficult task being the removal of the adhesive foam gasket at the bottom of the door's interior. After scraping as much of the deteriorated foam away as possible with a plastic scraper I used some of my wife's nail polisher remover and a clean-up rag (being careful not to get the remover on plastic parts)and soon I had the adhesion area surface clean and ready to receive the new seal. With close attention to clean up of residues left behind from detergent and water and care taken with part installation and reassembly it no longer leaks and I hope to get another 10-15 years of leak free operation out of the dishwasher
Parts Used:
Inner Door Foam Insulation Strip Door Gasket Soap Cup Door Latch and Gasket
464 of 479 people found this instruction helpful.
Was this instruction helpful to you?
Thank you for voting!
Back to Top View More